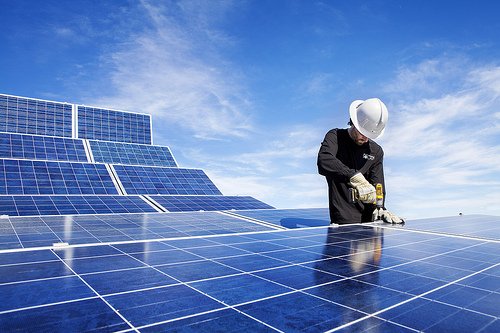 Following a big energy bill announcement last Friday, and in advance of the publication of the bill tomorrow, the Renewable Energy Association’s James Beard makes the case for joined up reporting on energy and climate.

Last Monday, I said that it was time to push the reset button on the UK’s energy debate. Friday’s press coverage of the energy bill announcements is a crystal clear example of exactly why.

The major elements of the announcements were the expansion of the green energy budget (or levy control framework) to bring forward urgently needed investment in our creaking power structure, and a sort-of blurry vague commitment to a decarbonisation target. Let’s look at some of the headlines.

The Guardian: Energy deal means bills will rise to pay for green power

The Independent: Energy bills to rise by £170 a year to fund wind farms*

The Telegraph: Wind farms to increase energy bills by £178 a year

You can spot the common theme I’m sure. Perhaps we should expect headlines to focus on consumer bills, the most salient aspect of these announcements for the general public. That they should get the figures so wrong is already the subject of lively discussion – see my colleague Leonie’s blog. But what is equally disturbing, for me, is that not one of these news stories makes the connection between energy and climate change. We cannot discuss these issues in isolation.

Media focus on climate is beginning to heat up because of the Doha climate talks, and I for one was delighted when Ed Davey raised the climate issue in last Tuesday’s DECC select committee electricity market reform evidence session, reminding the audience of the CC in DECC. As well as the UNEP emissions report, we’ve also had reports from PricewaterhouseCoopers and the World Bank (hardly tree-huggers) reminding us just how damaging, and increasingly likely, an irreversibly warmed climate will be without urgent action on decarbonisation.

We’ve also had some strong campaigning from a group of 200 investment institutions making the simple point that virtually all business transactions will be riskier and costlier in an irreversibly warmed climate. A spokesman for the group said, “Investors are rightly concerned about the short and long-term economic risks of climate change and understand that ambitious climate and clean energy policies are urgently needed.”

Back in September, the UK’s Health Protection Agency contributed with a commendable first attempt to quantify the costs of irreversible climate change to the health of the British public. And just this week, the Association of British Insurers warned that climate change is making it too expensive to insure homes against flood risk without government intervention.

My point is: yes, energy bills will go up to pay for decarbonisation. But if we don’t pay those costs today, then in the near future our businesses will pay even more in the form of riskier transactions, and the public will pay even more as we suffer the health impacts.  To bank on adaptation in the future being cheaper than mitigation today seems to me to be a very risky strategy indeed.

Climate change is not about hugging trees or huskies. It is a grave threat to the health of our nation and our economy. We must show strong leadership on emissions reduction if we are to have any hope of averting irreversible climate change.

The other bizarre anomaly is the difficulty the industry has in communicating the message that even without the costs of climate change, reducing demand and replacing fossil with renewable capacity probably isn’t the costliest option.

If we take the 2020 time horizon, DECC’s own analysis suggest that the whole basket of low-carbon policies will actually result in net bill reductions, as increases in levies for renewables (and carbon capture and storage (CCS) and nuclear from 2014) are balanced out by savings from the government’s energy efficiency measures.

Taking a longer, 2050 time frame, analyses from McKinsey (EU scale) and chief scientific adviser David MacKay (UK scale), to name a couple, show that even without factoring in climate costs, an energy strategy with renewables at its heart could well be no more expensive than business as usual, as renewable energy has the benefit of providing energy security and driving jobs, innovation and growth in domestic industries.

It seems climate change is both the best friend and worst hindrance of the renewables industry. In theory, the decarbonisation imperative strengthens the case for renewables. But in reality, the wholly valid economic arguments which have nothing to do with climate change are perceived as simply retrospective attempts to justify fluffy cuddly climate policies.

Well, there’s nothing fluffy or cuddly about either climate change or the renewables industry. The renewables industry is a serious market player now, vital to British industrial and economic recovery, and climate change is an increasingly major threat. It’s time the energy debate woke up to the reality of them both. Perhaps we can start by developing a discourse of ‘energy and climate security’.

The Renewable Energy Association is hosting a symposium in March with the aim of resetting the energy debate to focus on ‘Energy, Security and Prosperity’ through to 2050. For more information or to register, click here: http://www.r-e-a.net/events/rea-symposium-2013.

*As an aside, I think the boardrooms of companies involved in anaerobic digestion, biomass, energy-from-waste, gasification and pyrolysis, geothermal, hydro, solar, tidal and wave are probably fairly sick of being completely ignored when we talk about renewable electricity. Don’t get me wrong, I love wind power, when it is sensitively deployed. It’s a genuine cost-effective, low-carbon power source, and it has a really major role to play. But it’s insulting to use the totem of the wind turbine to depict an entire industry which has innovation and diversity in its DNA. And don’t get me started on people ignoring heat and transport – 75% of our carbon emissions – when they say ‘renewable energy’ when they really mean ‘renewable power’. Although in this particular example, the other renewables are probably fairly happy to let wind farms take the flak for energy bill increases!