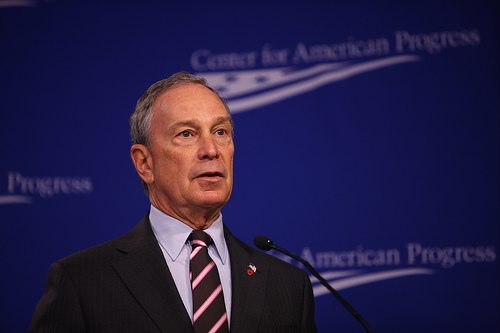 Having taken office in 2001, Bloomberg steps down from his role in January, handing over the baton to Bill De Blasio. But during his 12 years in charge, the noted philanthropist and founder of global financial data firm Bloomberg LP has led New York City on a path towards sustainability.

Most famously, his PlaNYC initiative has seen the city dramatically improve its air quality, recycling and sustainable transport network. Only this week, the mayor’s office revealed that New York City’s greenhouse gas emissions had dropped 19% since 2005, meaning its 2030 target of a 30% reduction was already half way to being realised.

Many take the view that the majority of national politicians have so far failed their electorates on sustainability, the environment and climate change. Therefore city mayors, with their smaller scale, more easily manageable governments, have been heralded as the real difference makers.

In October, over 50 mayors from 30 countries – including Mayor Bloomberg – pledged to scale up their efforts to tackle climate change and curb pollution. Speaking about the C40 Cities initiative, as the alliance is called, Bloomberg said, “While international negotiations continue to make incremental progress, C40 Cities are forging ahead. Collectively they have taken more than 4,700 actions to tackle climate change, and the will to do more is stronger than ever. As innovators and practitioners, our cities are at the forefront of this issue – arguably the greatest challenge of our time.”