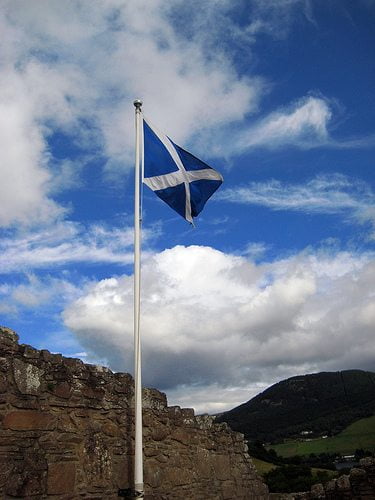 8 in 10 ‘Could Do More’ for Environment in Scotland

New campaign encourages Scots to help fight climate change. Saving the world isn’t just for the movies. That’s the message of a new national campaign from the Scottish Government to encourage more people in Scotland to help tackle climate change.

It comes after recent surveys revealed that around half of people living in Scotland acknowledge climate change is an immediate and urgent problem – and eight in ten could do more to care for the environment.

The campaign will seek to raise awareness of how making greener and cleaner lifestyle choices is easier than many Scots think, through taking action like washing clothes at a lower temperature, avoiding and recycling food waste, leaving the car at home to walk shorter journeys and turning your thermostat down by just one degree.

“Our climate is changing, as demonstrated by the recent severe weather conditions and flooding. Last month the world community – almost 200 countries meeting under the United Nations in Paris – made history by agreeing to act together on climate change because it is such an urgent threat to us and our planet.

“Thanks to the efforts of everyone in Scotland, we have already cut our greenhouse gas emissions by 38 per cent since 1990 – that’s three quarters of the way towards achieving our world-leading target of a 42 per cent reduction by 2020.

“But we must all do more to reduce the impact we have on the environment – and making a greener lifestyle choice can be easier than people think. Simply washing your clothes at a lower temperature, avoiding and recycling food waste, leaving the car at home to walk shorter journeys or even turning your thermostat down by just one degree, can all help Scotland tackle climate change.

“These small actions, if repeated across all Scottish households, would be a highly positive collective step forward. Through this campaign, we hope to inspire more Scots to contribute in making Scotland a cleaner, greener place to live now and in the future. After all, saving the world isn’t just for the movies.”