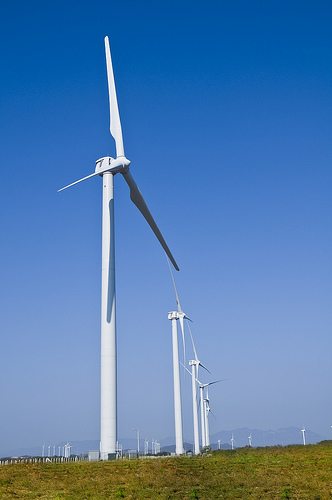 The renewables and nuclear industries have urged the chancellor George Osborne not to freeze a tax on fossil fuels ahead of his annual budget statement on Wednesday. They argue that doing so could have an adverse impact on investment.

Osborne is expected to announce a freeze in the carbon price floor (CPF), which sets the minimum cost of burning fossil fuels. It also provides a mechanism for gradually increasing their cost to take into account the negative impact of emissions on society and the environment.

The trade bodies RenewableUK and the Nuclear Industry Association have sent a joint letter to Osborne, warning that a freeze will “undermine confidence” in both the renewable and nuclear industries.

According to the Financial Times, the letter said, “It is critical that investors have confidence that energy and climate policy is robust, predictable and durable. Retrospective policy changes not only have a negative impact on existing investment but also risk damaging the UK energy sector’s reputation as a stable destination.”

Campaign group Friends of the Earth has also called on the chancellor to “face down” big businesses calling for a freeze in the CPF and urged an announcement that the a review of the UK’s fourth carbon budget will no longer be pursued. The organisation added, “Speculation is the enemy of investment.”

David Powell, economics campaigner at Friends of the Earth, said, “Until now the biggest barrier the Chancellor has put up has been to low-carbon investment. Nervous investors have been frightened off by George Osborne’s go slow agenda.

“This Budget could unlock billions of pounds for clean infrastructure and innovation, but only if Mr Osborne makes it clear to investors that the UK’s long-term climate change goals are a safe bet.”