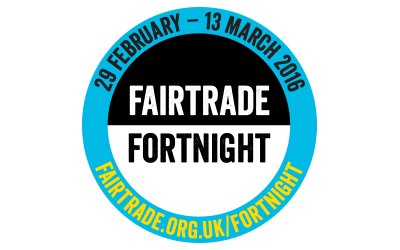 Sit down for breakfast. Stand up for farmers. The celebrity-fronted multi-platform campaign will run from 29 FEBRUARY – 13 MARCH 2016 and highlight the severe lack of food security for farmers around the world, bringing together shoppers, campaigners and businesses to take action.

Fairtrade Fortnight 2016 will feature a giant Fairtrade breakfast to inspire UK public to sit down for breakfast in support of the farmers who grow the food we have every morning, such as coffee, tea, cocoa and bananas.

Lack of food security is one of the world’s most critical issues. Despite millions of farmers and workers in developing countries working hard every day to grow the food we eat, many don’t earn enough to know where their next meal is coming from. Half of the world’s hungry people, nearly 400 million, are estimated to live on small farms.

Shoppers in the West can change this by harnessing the power of a Fairtrade breakfast – so that farmers and workers behind our products can feel secure, knowing they can feed their families, all year round.

Fairtrade works with 1.5 million farmers and workers in parts of Africa, Asia and Latin and Central America enabling them to earn a sustainable income and the Fairtrade Premium that they can invest in vital community, business and environmental projects.

In Nicaragua, many coffee farmers can suffer food shortages for 3-4 months of the year, during what they call the ‘thin months’ before the coffee harvest. However, farmers at Fairtrade coffee co-operative COOMPROCOM have invested their Fairtrade Premium in programmes that focus on nutritional security in the community, allowing them to grow food crops, and helping them become self-reliant.

Nilufar Verjee, Public Engagement Director for the Fairtrade Foundation, said: “When people are paid a fair price, they can have more control over their lives when times are hard, and worry less about how they will feed their families. Whether it’s having the money to spend on food or being able to expand their farms to grow more food to eat, Fairtrade means many farmers and workers are able to do what we take for granted – put enough food on the table for the people they care about, all year round.

“Farming is the backbone of the world. It’s simply wrong that whilst farmers work hard to produce what we eat so many of them should go hungry themselves.

“This Fairtrade Fortnight, make your breakfast count with Fairtrade – use the power of your shopping to help ensure food security for world’s most vulnerable famers and workers.”

Food security is linked closely to economic growth, stable incomes and reduced risk and vulnerability. A better income means more money to buy food and the ability to invest in generating other food sources, such as growing new crops.

Research shows that some smallholder farmers who are part of Fairtrade earn about a third more than they did before joining Fairtarde, which means they can now afford more of the important things, like food, medical bills or sending their children to school.

With Fairtrade, as well as famers getting a sustainable price, they also get extra to invest in developing their farms so they have can grow food for themselves as well as crops to sell. That way they start to get a fair return for all their hard work.

Fairtrade Fortnight is the highlight of the year for shoppers, campaigners and businesses in the UK.

Campaigners up and down the country will hold hundreds of breakfast events as part of Fairtrade Fortnight 2016 and the #YouEatTheyEat hashtag will be used to spread the word on social media.