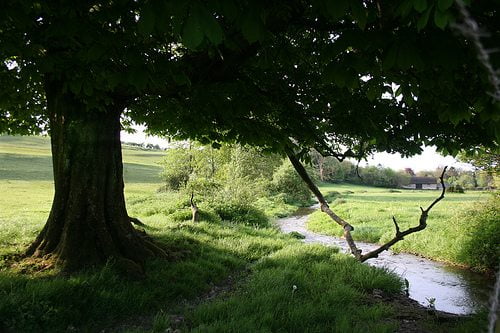 A group of six wildlife and countryside groups have called on the government to protect wildlife areas, nature reserves and national parks from fracking activity. A report published by the organisations argues that there needs to be greater regulation across the industry to ensure safe operations.

The report – launched by the National Trust, along with the Angling Trust, RSPB, the Salmon & Trout Association, the Wildlife Trusts and the Wildfowl & Wetland Trust (WWT) – has received support from a cross-party group of MPs, including Zac Goldsmith.

In the absence of carbon capture and storage, the report says, further independent evidence is needed to understand and address the impacts of commercial shale gas exploration on climate change and how this affects the UK’s emission targets. The partnership also pushed the government to get companies to apply for licences to explore and drill for shale gas.

Simon Pryor, natural environment director of the National Trust, said, “The debate on fracking needs to be evidence-based. The evidence from this detailed research clearly reveals that the regulation of shale gas needs to be improved if it’s to offer adequate protection for sensitive environments.

“Whilst the government is keen to see rapid rollout of fracking, there’s a real danger that the regulatory system simply isn’t keeping pace. The government should rule out fracking in the most sensitive areas and ensure that the regulations offer sufficient protection to our treasured natural and historic environment.”

The report sets out 10 recommendations for making the shale industry safe for wildlife including making environmental impact assessments (EIA) mandatory for shale gas extraction proposals, preventing the taxpayer from bearing the costs of accidental pollution and ensuring transparency across shale gas operations.

The report also highlights the pressures shale gas can place on natural resources, such as water and the risk of contaminating drinking supplies. Chalk streams, known as England’s coral reefs, would also be placed at risk threatening wildlife such as salmon and barbastelle bats. Around 85% of the word’s chalk streams can be found in England and the report describes them as some of our “most precious habitats”.

Martin Spray, chief executive of WWT, said, “A single frack can use more water than 1,000 people use in a year and if it goes wrong it could contaminate drinking water and ruin wetland habitats.

“That’s a big burden on communities and it’s a risk we want managed. [The] report clearly sets out the safeguards that need to be in place before this relatively new industry can operate in our countryside with a degree of safety.”