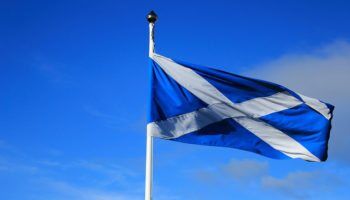 The awards, which recognise best practice throughout the Scottish resource management and recycling industry, took place at the Edinburgh International Conference Centre following a packed two-day conference programme. Run in partnership by CIWM and Zero Waste Scotland, the conference is Scotland’s biggest and most important event for sustainability, resource and waste management professionals and this year’s themes included the Scottish food waste opportunity, recyclate markets and quality, the latest in behaviour change thinking and the future role of producer responsibility.

Six awards were handed out on the night, including the two peer nominated awards – the FCC Outstanding Contribution Award and the Re-Gen Waste Rising Star of the Year Award, which are decided by a public vote. The winners as follows:

A food redistribution charity which in the last two years has, with the support of Scottish Government, redistributed over 1800 tonnes of high quality surplus food to 370 Scottish charities and community groups – equivalent to 4.4 million meals.

Started a year ago by Zsuzsa and Gerry Farrell to raise a groundswell of anti-litter activism, Leiths Don’t Litter now has 1,600 social media followers and has organised two big clean-ups with 110 volunteers collecting 170 bags of rubbish. Further initiatives with local schools have taken another 100 bags of litter off the streets, and their Adopt-a-Street scheme already has 50 pledges.

The council has designed its own health and safety training programme, reducing accidents by 66% and improving attendance, which has in turn generated savings on absence costs, damage repair costs, and claims.

· The FCC Environment Outstanding Contribution Award – Dr Colin Clark
With over 30 years experience, Colin has made a significant contribution the development of waste and resources policy, thinking and practice, including in his roles as Chair of the Waste Management Officers’ Network and a member of the CIWM Scotland Centre Council. He is also seen as an invaluable source of advice and support by many of his peers and has taken time to inspire the next generation of waste and resource management professionals.

· The Re-Gen Waste Rising Star of the Year – Richard Dryburgh

The youngest member of Changeworks Recycling sales team, Richard has been instrumental in rolling out the company’s RE:Action pilot initiative, which offers customers efficiency improvements in waste, water and energy. Described as both a strategic thinker and an advocate for sustainability, Richard is credited with finding smart solutions to zero waste challenges.

From its inception in 2006, CMS has had a clear strategy that considers environmental, social and economic sustainability in every aspect of its operations. The firm has improved its environmental performance year on year, despite rapid growth and a steep rise in turnover, and now diverts a minimum of 95% of its waste from landfill each year.

“Congratulations to all of the winners, and nominees in this year’s Scottish Resources Awards. It’s inspiring to see how people from different sectors and fields are really embracing the circular economy vision and ensuring Scotland continues as a global leader.

“If we are going to embed environmental responsibility, resource efficiency and circular economic thinking into our society, these concepts have to mean something to everyone. This year’s award winners show how this can be done, ranging from community action on litter, food redistribution to help the needy, inspiring fellow practitioners, and providing services and products that deliver environmental benefits. On behalf of CIWM, I would like to offer congratulations to the winners.”

“This event has grown year on year and the move to a bigger international venue in Edinburgh for 2016 will cement its future as a major forum for knowledge and best practice sharing both across the Scottish waste and resources sector and beyond.”