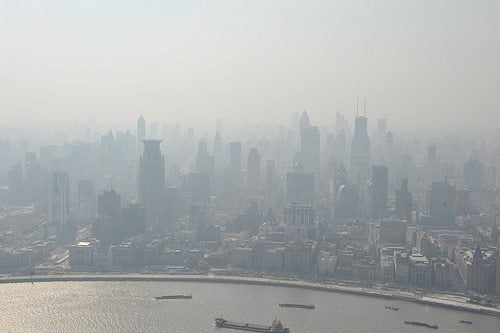 China is inadequately prepared in the fight against the impacts of climate change because of a lack of planning and public awareness, the government admitted on Monday.

“Our country is a developing nation with a large population, complex climate conditions and a weak environment [situation],” the National Development and Reform Commission, China’s economic planning agency, said in a new report.

“Climate change is already a serious threat to food, water, ecological and energy security, and to people’s lives and property,” it added.

The report, a blueprint laying out how the world’s most populous country can adapt to climate change, calculates that the consequences of climate change have cost China more than 200 billion Yuan (£20 billion) since 1990.

In the same period, an average of over 2000 people per year have died because of natural disasters. Some of these incidents, including typhoons, floods and droughts, may become more frequent as a result of climate change, the commission suggests.

It also adds that conditions are likely to get worse for many of China’s 1.3 billion citizens.

“In the future the rising trend of temperatures will become even more obvious, there will be even more unfavourable impacts, and if effective measures are not taken the losses from disasters caused by extreme weather will be even more serious,” it says.

Research by the Global Carbon Budget calculated that China’s rising contribution to global CO2 emissions reached 27% in 2012, but the report insists that addressing climate change is about more than just decarbonisation.

It sets out a number of strategies aiming to curb China’s climate change contribution and limit the damage. These include encouraging more sustainable agricultural techniques, improving infrastructure, updating flood defences and implementing weather-based financial instruments such as catastrophe bonds.

“Although our work at dealing with climate change has achieved some successes, basic abilities have yet to be raised up, and there are many weak links in our work,” the agency says.

The document is the latest in a series of seemingly positive moves by the Chinese government to acknowledge and offset its poor environmental record.

Nevertheless, the Chinese government has recently been under heavy pressure to reduce its polluting emissions, not only to limit the damage to the environment but also for the sake of its own people.

A recent study by the University of Leeds, sponsored by Greenpeace East Asia, found that the burning of coal is the main cause of air pollution in China, which causes health problems to citizens and reducing life expectancy in some areas by as much as five and a half years.

Huang Wei, climate and energy campaigner at Greenpeace East Asia, said, “China simply cannot afford to allow air pollution to continue taking such a heavy toll. By all means China should be racing against the clock to save lives, and it has to bring what it’s doing now to the next level.”

Are America’s Student Ways of Life Sustainable or Not?

Sustainable Wedding Planning is Easy With These Tips

Reasons Eco-Friendly Families Might Want to Move to Richmond Hill