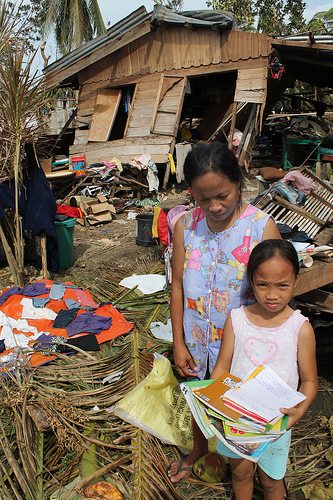 The organisation’s Internal Displacement Monitoring Centre believes the phenomenon is being worsened by high urban growth and frequency of extreme weather linked to climate change.

In 2013 alone, 22 million people fled their homes because of floods, hurricanes, droughts or other extreme weather events – three times the number of people displaced by conflicts.

Some of the 2013 natural disasters to blame for such figures are typhoon Haiyan in the Philippines, which caused 4.1 million people to leave their homes, typhoon Man-yi in Japan that affected 260,000 people and Oklahoma tornadoes that displaced 218,500 individuals.

Asia in particular was badly hit by natural disasters, as 87% of the total displaced people – 19 million – came from the region. In Africa, Niger, Chad, Sudan and South Sudan were also affected by droughts and seasonal floods.

Secretary general of the NRC Jan Egeland said, “This increasing trend will continue as more and more people live and work in hazard-prone areas. It is expected to be aggravated in the future by the impacts of climate change.

“More people today are exposed and vulnerable. Our report shows that much more can be done to prepare for and prevent displacement caused by disasters.”

According to the NRC, more can be done to prevent displacement, starting from better urban planning, better warning system and improved flood defences.

The rising number of people at risk from extreme weather has resulted in the issue of the so-called climate refugees, who are thought to increase in the next few years as the effects of climate change get worse.