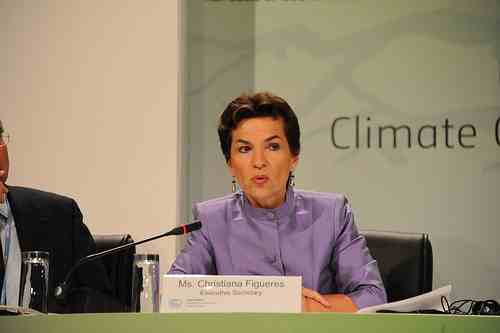 Executive secretary of the UN Framework Convention on Climate Change (UNFCCC) Christiana Figueres has urged governments and industries to “do their homework” in tackling climate change, ahead of the next climate summit in December.

In an interview with RTCC, she said, “We’re running out of time… we have to get to zero net emissions by the second half of this century, and in order to put us on a path to do that we have to reverse the trajectory of greenhouse gas emissions that we have now.”

She added that failing to come to a climate agreement was “unacceptable” and that countries needed to assess what their contribution can be in terms of tackling domestic greenhouse gas emissions. They should also report it at the next climate talks in Lima, Peru, at the end of the year.

Figueres stressed that finance has a crucial role in the fight to climate change. Although climate finance pledges in 2013 declined by 71% compared to the previous year, initiatives like the Green Climate Fund and the private sector’s low-carbon investments are seen as part of the solution.

“It is these asset managers and asset owners that can truly make a difference in where substantial capital is going to flow over the next 10-20 years”, she said.

“Business continuity implications of climate are becoming clearer… the risks of stranded assets and low return are becoming more evident.”

Figueres said that she was willing to involve the biggest international players such as the Organisation for Economic Co-operation and Development (OECD), the International Monetary Fund and the World Bank, as well as citizens and NGOs

She concluded, “This needs to be a movement forward that is constructed by everybody, not just by institutions, not just be government, not just by corporations.”