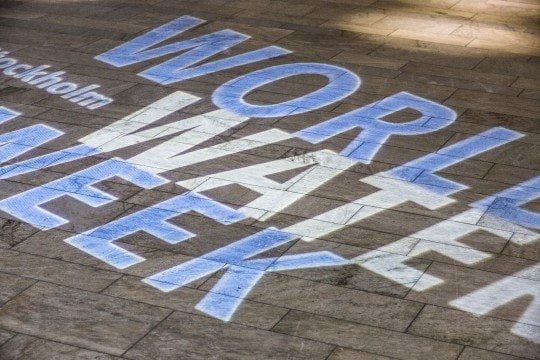 Over 2,500 businesspeople, politicians and scientists have gathered in Sweden for the 24th World Water Week, with a focus on energy and water, and how the two can be used together sustainably to ensure that there are enough resources for everyone on the planet.

The event, organised by Stockholm International Water Institute (SIWI), will look at the relation between energy and water and how they depend on each other to thrive, being “inseparable from sustainable development”.

Torgny Holmgren, executive director of World Water Week, explained, “The challenges are immense. With the global demand for water projected to grow by 55% between 2000 and 2050 and electricity demand expected to increase by 50% in the next two decades, there is an urgent need for a closer relationship between the energy and water communities if we are to provide solutions for all peoples to prosper.”

The issues faced by states around the world as climate change, urbanisation and population growth put more pressure on water and energy resources, are set to be particularly though for developing countries.

However, the link between energy and water is a hot topic in western countries as well. The SIWI explored this topic in a report released during the event, named Shale Gas and Hydraulic Fracturing: Framing the Water Issue. Hydraulic fracturing, or fracking, has often come under scrutiny because of the great amount of water the process needs to extract shale gas, raising questions over its sustainability.

Kandeh K. Yumkella, UN under-secretary-general, added, “One of the major challenges that our world faces today is providing modern energy services and water for billions without both.

“As global demand for both energy and water increases, we must think about the way we produce and use both to ensure shared prosperity for all citizens, protect the environment, achieve socio-economic development and secure peace and stability.”