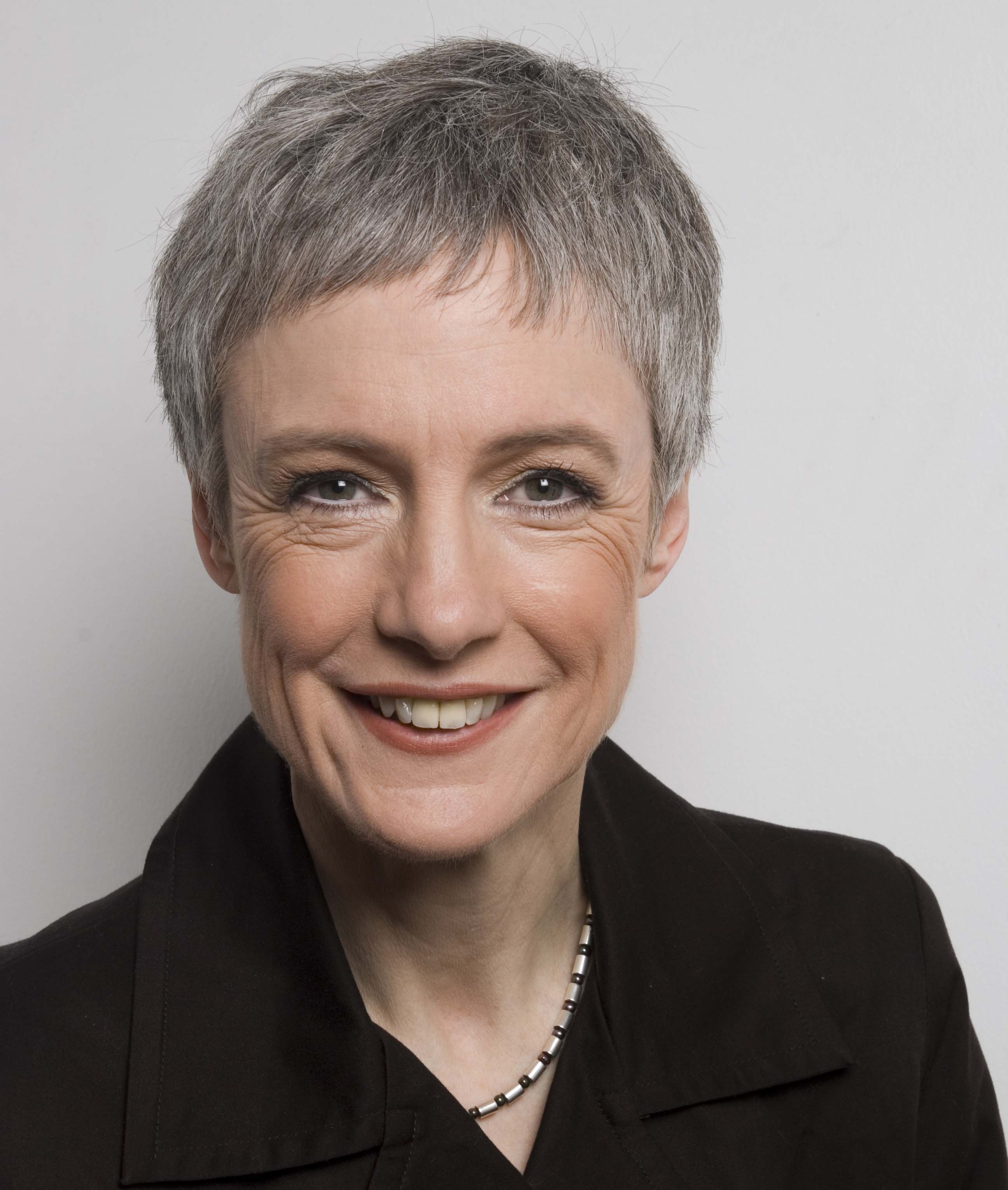 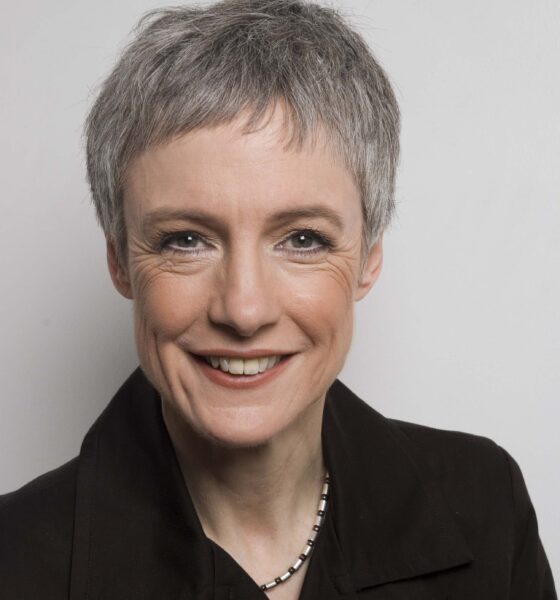 As chief executive of the UK Sustainable Investment and Finance Association (UKSIF), Penny Shepherd became known as one of the industry’s foremost authorities in the sector. She revealed her intention to step down earlier this year, and recently spoke to Alex Blackburne about her time at UKSIF and the challenges that lie ahead – not forgetting her plans to finally redo her bathroom at home.

I’m going to start this piece with a bold claim, but one that is almost certainly true: the UK’s sustainable investment industry would not be what it is now without Penny Shepherd.

She joined UKSIF – the industry’s trade body – in 1997, when £1.46 billion was invested by private individuals in green and ethical retail funds. She departs 16 years later (albeit with a four-year hiatus) with the size of the sector just short of £11 billion. Measuring the size of the institutional side of things is a bit more difficult. However, the organisation’s membership base has grown from under 100 to around 250 in that time – with financial members increasing from 14 to over 50.

Now, the likes of HSBC, Standard Chartered and Legal & General are members, along with smaller, dedicated ethical alternatives like Triodos, Charity Bank and Ecology Building Society.

Shepherd says the industry environment was very different in 1997. This was pre-financial crisis; we weren’t in austerity. Back then, responsible investment was primarily about values-based investors – individuals, churches and charities.

My conversation with Shepherd took place at Friends House on Euston Road. The building has particular resonance given the roots of ethical investment, as it is the administrative centre of Quakers in Britain. The Religious Society of Friends – the Quakers – prohibited members from taking part in the slave trade, which set the ball rolling for ethical investment.

However, “The big difference between 1997 and now is the growth in institutional interest”, says Shepherd.

“At that point, you were very much talking about a retail market, and one that was seen as being particularly or mainly appropriate for people with strong values. Then pension funds and other institutional investors started to look at this area through a financial lens.

“They started to realise that some of these issues are things that do have long-term financial consequences, and they’re not just about personal preference and values.”

Another big change, Shepherd says, is the globalisation of the sustainable investment industry – helped in part by the advancement of technology. She recalls having to “stuff the envelopes” herself when she was taken on as UKSIF’s first employee in 1997.

By her own admission, sustainability, responsible investment and corporate responsibility formed part of Shepherd’s “second career”. Born in Southampton, she has been interested in the subjects since studying maths at university in Liverpool – around the same time that Friends of the Earth was running its first campaign: returning thousands of empty glass bottles to the London of headquarters of Cadbury Schweppes in 1971 to promote recycling.

After contemplating accountancy, Shepherd decided to work in the computer industry, and ended up with IBM for nearly two decades – mainly communicating with banks and retailers.

One of the drivers for the growth of retail ethical investment has been the increasing amount of money in the hands of women – either as a result of having careers, or outliving their husbands

In the 1980s, she became actively involved with the Green party, and stood for the Greens in South London at the 1989 European election. At the time, Caroline Lucas, who became the party’s first MP in 2010, was the party’s press officer, and Jean Lambert, currently one of only two Green MEPs, was a fellow candidate. Despite garnering a fair number of votes, Shepherd didn’t get elected.

After an unsuccessful campaign standing for the Greens in the 1992 general election, she stepped back from candidacy to sit on the party’s national executive committee, and ended up running the finance and management side of the organisation. She left the Green party in the late-90s and hasn’t been involved since.

After that, she began work for Business in the Community, helping to set up a charity that enabled companies to give surplus goods away. But one day in 1997, while reading the Guardian’s jobs page, she came across the UKSIF vacancy.

“UKSIF had had consultants working for it but it raised some development funding to hire a member of staff to grow and develop an organisation and they hired me”, Shepherd says.

“I did that for four-and-a-half years, and left in 2001 to run a new charity called London Sustainability Exchange that had been created by the City of London Corporation. UKSIF hired [current CCLA head of ethical and responsible investment] Helen Wildsmith in my place, but in late 2004, Helen decided to move temporarily to South Africa.

“I’d done three years at London Sustainability Exchange and was thinking about what I wanted to do next. I’d moved forward, and so had UKSIF, and UKSIF was just great fun the first time around. There wasn’t anything I wanted to do more than return to UKSIF.”

Some questioned the logic in rehiring a past chief executive. Even in her second interview, Shepherd was asked, “But won’t everybody say that it doesn’t work to return once you’ve moved on?” She thought of it as: “if you don’t apply for a job that you want to do just because everybody will say it’s somehow going backwards, that’s the worst possible reason for not doing it. And, of course, it wasn’t going backwards – the field had developed and it was a bigger and even better job.”

Armed with an MBE for “services to sustainable economic development and socially responsible investment” that she earned in 2000, under Shepherd’s guidance, UKSIF went from strength to strength. During her second stint at the organisation in particular, she built up a reputation of being one of the most knowledgeable and influential women in the UK financial services sector. Being a woman, she says, has always been an advantage – and, collectively, women have played a strong role in responsible investment.

When I was in my 20s, one of my friends said to me, ‘You’re the only person of my age that I know who’s concerned about her pension’

This last point is something that Shepherd herself can relate to. Her mother is 88; her grandmother lasted until 90; and her great-grandmother was even older when she died. Having good genes is arguably the greatest biological motivation for making long-term, sustainable investment and finance decisions. But Shepherd knew this – even from a relatively young age.

“When I was in my 20s, one of my friends said to me, ‘You’re the only person of my age that I know who’s concerned about her pension’”, she says.

“So I’ve always also had these concerns about savings and financial security, and about the importance of investment being based on real returns, because I come from a family in which the women in particular go on for a very long time. You kind of think that you’re probably going to last quite a long time after retirement, so you need to look out for your savings.”

Eight years after taking the top job at UKSIF for the second time, Shepherd hands the role over to Simon Howard, who has experience in the sustainable finance sector through his role as head of sustainable financial markets at Forum for the Future.

She says her decision to step down wasn’t difficult, and had in fact been in the pipeline for a while. Three years ago, she moved out of London to a flat overlooking the sea in Folkestone, and UKSIF chair Martin Clarke’s four-year tenure comes to an end in 2014. It seemed sensible to step down now, so that there was a year of overlap between the two.

Reflecting on her greatest accomplishment as UKSIF chief executive, she says that although one individual is often not solely responsible for one achievement, the pensions disclosure regulation in the UK was a big triumph. During her first stint at the organisation, Shepherd led the campaign for pension funds to publicly disclose their environmental, social and governance (ESG) issues. And in July 2000, the guidelines came into force.

She remains pensive about the state of the responsible investment industry globally: “I think all of us would say that although responsible investment has grown and developed, and its integration into mainstream investment practice has moved forward immeasurably compared with 1997, we are still not seeing the outcomes that society and the environment need.

“It’s too slow by comparison with the challenges out there, even though it has grown and developed hugely.”

I ask her if she or UKSIF could have done anything differently to speed up the shift to sustainability.

“This is the dilemma for everybody involved with climate change and sustainability issues; it’s not limited to those involved with the investment industry”, she says.

“We’re all looking for the magic bullet that we may have missed, and asking what we could have done differently to better support the world to be on a safer and more resilient trajectory, rather than still being in the position where we are now, using up natural assets as if there’s no tomorrow.”

However, despite the obvious challenges ahead, Shepherd remains optimistic. The transition may be slow, but she has a lot to be proud of – and certainly, the sustainable investment and finance industry is indebted to some of the excellent work she’s done.

Friday is her last day at UKSIF. She now plans to take an extended break before building up a portfolio of part-time work. Being able to get up and have a leisurely breakfast, before getting the 10am train into London is very nice, she says.

And while much of her time in the near-term may be spent renovating her bathroom, one thing is for sure: this is not the last the responsible investment industry has seen of Penny Shepherd MBE. Watch this space.