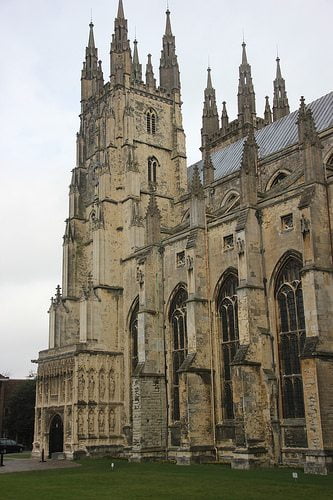 The Church of England has been urged to engage with companies across a wide range of sectors, as well as – and in some cases instead of – looking to divest from the most unethical. The church’s Ethical Investment Advisory Group (EIAG) argued, “Engaged investment is a core part of the church’s witness and mission.”

In a presentation to the General Synod of the Church of England, James Featherby, chair of the EIAG, and the Rev Canon Prof Richard Burridge, deputy chair of the EIAG, highlighted the church’s current approach to areas such as alcohol, climate change and pooled funds.

Featherby urged the church to take a positive view of both business and investments. He presented a case for “being involved in the field of play, where our investments can support long-term, sustainable wealth creation for all stakeholders in society”. He added that it was possible to take this approach and still see returns that would increase the church’s ability to fund its mission.

The General Synod was also told that it was right that the church should avoid certain investments but that “investment portfolios will never be pure”. Burridge argued that the EIAG’s policies were appropriate and advocated engagement. “God does not wash his hands of His creations, but gets involved,” he said.

The General Synod is set to stage a debate on climate change and the environment on Wednesday, including looking at the church’s policy towards investing in fossil fuel companies. Despite calls for divestment, the church has previously said it was unlikely to ditch its holdings in fossil fuel firms; instead arguing that engagement could have a greater impact.

Christian charity Operation Noah has previously called on the church to get rid of such assets and take the lead in ethical investment. Mark Letcher, head of Operation Noah’s campaign Bright Now campaign, commented, “There is a clear gap between official church policy on climate change and church investments in fossil fuel companies.”