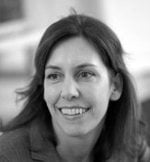 Clare Brook is CEO of the Blue Marine Foundation, a charity which brings about the effective protection of the world’s oceans by creating marine reserves and works with communities to encourage sustainable fishing.

Shortly after Clare joined BLUE, they were awarded NGO of the Year at the PEA (people, environment, achievement) awards.

Ravinol is an Irish born strategy consultant and film producer who is fascinated by the coming together of social purpose organisations and business, having worked internationally across both sectors and written his MBA dissertation (with distinction) in 2008 on ‘Venture Philanthropy.’

That year, he also founded Be Inspired Films, a film production company designed to bring great ideas to life and tell stories that matter for organisations creating positive social impact in the world.

Ravinol is a fellow of the RSA and acts as mentor, advisor and strategy consultant to a number of organisations working in the social impact sector.

He and his team also train individuals and teams to get clarity and focus on their message and create good quality user generated video stories through his training company VideoKnowHow. 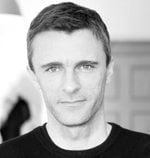 Matt is a digital ‘scrum master’, accountable for transforming organisations by implementing Agile development practices and is also the creator of Vote for Policies that had created 909,300 votes when the polls closed on the 2015 party manifestos.

He has been working in the digital space since 1998, with experience in all aspects of digital strategy, marketing and production. In addition to his professional work he works to solve social problems – especially where engagement is an issue.

John Fleetwood’s 3D investing career really started in 1991 when he became an independent financial adviser, entirely focused on ethical investments. After working for a small firm in the Midlands he set up Ethical Money as a sole trader, then as a limited company, with a team of nine and an ethical client bank of over 1000, selling the business to focus on developing discretionary portfolios. During this time he established the Ethical Investment Association, the industry body for ethical IFAs, wrote several guides to ethical funds that achieved national publicity in the press and was heavily involved in developing the industry at an early stage.

He sold the IFA business in 2004 to concentrate on developing a specialist portfolio management service in conjunction with a boutique investment firm. The motivation was always to offer something a bit more ethical, a bit more engaging and a bit truer to the values he holds. This has developed further in 3D Investing, a suite of services to enable a range of asset managers and advisers to offer distinctive portfolios for their socially motivated clients.

Harold is Professor of Responsible Tourism at Manchester Metropolitan University, where he teaches and researches in the Centre for Responsible Tourism. Harold researches on tourism, local economic development and poverty reduction, conservation and responsible tourism and teaches Masters and PhD students. Harold works with tourism businesses, local communities, governments, and conservationists to develop better forms of tourism. He has been actively involved in developing more Responsible Tourism in Kerala, South Africa and The Gambia. Harold also undertakes consultancy and evaluations for companies, NGOs, governments, and international organisations.

Darren is a seasoned industry disruptor, having helped to build a number of high growth businesses, including Abcam plc (www.abcam.com) – a £1Bn AIM listed business, and the Business Leaders Network (www.TheBLN.com). He is a business growth expert and coach for the governments flagship £200m GrowthAccelerator service, and is passionate about how technology can be a primary enabler of a clean and sustainable future.

He helped to define the Carbon Trust’s Cleantech investment strategy, was pivotal in the establishment of the Guardian’s Cleantech 100, and launched the Essential Cleantech event series.

Darren has 3 young children and is committed to ensure they have the opportunity to live in a more sustainable society.

Former co-founder and CTO of interactive investor (iii.co.uk) Nick is a versatile, creative and widely experienced CTO with over 19-years experience in fast-paced, entrepreneurial and dynamic business environments; developing, delivering and managing technology strategy and award-winning online/web-based systems and platforms.

Creating some of the most sophisticated solutions, Nick’s experience has been key in helping develop technical strategy, deal with vast data-sets, reduce business risk, market and deploy efficient multi-server and cloud-based platforms and scale environments to meet the demands of business evolution and explosive growth in usage.

In 2004, Nick was voted by industry professionals and opinion-formers as one of the UK’s 100 “Internet Pioneers and Innovators of the decade” through Econsultancy/GfK NOP for his influential work and contribution to the growth and development of the web, internet and e-commerce.

Chris founded National Press Publishers which for many years owned a number of national magazines and also published a number of magazines for organisations including The Daily Telegraph, IPC, several banks and insurance companies with a monthly combined readership of over 3 million people. Within the group was a travel company, a marketing company and a financial services company two of which were sold and are still trading. The group also owned a national wine club and a cookery club.