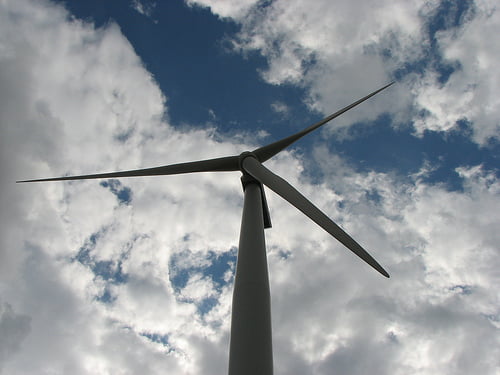 A new poll by Friends of the Earth claims that 85% of Britons would prefer the governmental emphasis to be on clean energy, as opposed to gas from overseas.

The study, conducted on behalf of the environmental charity by YouGov, shows that an overwhelming majority of people would back a widespread shift to renewable technologies such as wind, solar and tidal.

On top of this, 64% of respondents said they saw the UK’s energy mix dominated by renewables in ten years’ time, whilst just 2% claimed that gas would still rule the roost.

The figures have been released as part of Friends of the Earth’s Clean British Energy campaign, which aims to revolutionise the UK energy market ahead of the Government’s planned reform on May 9.

Dragons’ Den star Deborah Meaden, who is famed for her environmental work, is a supporter of the campaign.

“David Cameron needs to listen to the public and say ‘I’m in’ to clean British energy, opening up a multibillion pound opportunity for British businesses.

“Gas, coal and nuclear are the technologies of the past.

“Our country has the skills and the talent to be world-beaters in the renewable energy technologies of right now.”

Later this week, David Cameron is set to make his first environmental speech as prime minister, at the Clean Energy Ministerial in London on Thursday.

The Friends of the Earth poll and campaign hope to drive a clean change in the UK energy market, but last month’s unsustainable and not-so-green budget statement suggests that this may be tougher than it seems.

Friends of the Earth’s director of policy and campaigns, Craig Bennett, said, “Ministers have a once-in-a-generation chance to transform our electricity market to help smaller businesses, schools and communities plug into clean and affordable power.

“David Cameron must back Britain by using his speech to kick-start a switch to clean British energy – it’s time to wave goodbye to costly fossil fuels and develop affordable power for the future.”

The themes highlighted by the Friends of the Earth report echo that of our recent in-depth report, The Rise of Renewable Energy.

It highlights the need for wide-scale adoption of renewable technologies by examining the past, present and the future of the industry.

If you’re interested in making your own switch to clean power, we recommend Good Energy, which is currently the only UK company supplying 100% renewable energy.