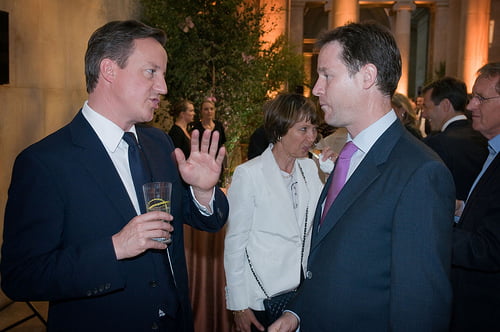 The coalition government will today publish its mid-term review – a progress report that will aim to chart what David Cameron and Nick Clegg have achieved since May 2010.

A number of policy areas are expected to be tackled, including transport, pensions and infrastructure investment – and the coalition’s green credentials are also likely to be reviewed.

The last two-and-a-half years has seen the foundation of a Green Investment Bank, the launch of the green deal energy efficiency scheme and the publication of the long-awaited energy bill.

But government infighting over renewable energy policy and unsustainable economic decisions from the Treasury have done little to back up Cameron’s pre-election claim that he will lead the “greenest government ever”.

In November, Labour leader Ed Miliband claimed that green investors were “going elsewhere” because of the coalition’s policies, while in a speech to the Conservative Party Conference in October, Cameron himself failed to mention anything about the environment or a sustainable recovery.

Ahead of the mid-term review release this afternoon, deputy prime minister Nick Clegg said, “We are dealing with the deficit, rebuilding the economy, reforming welfare and education and supporting hardworking families through tough times.

“And on all of these key aims, our parties, after 32 months of coalition, remain steadfast and united.”