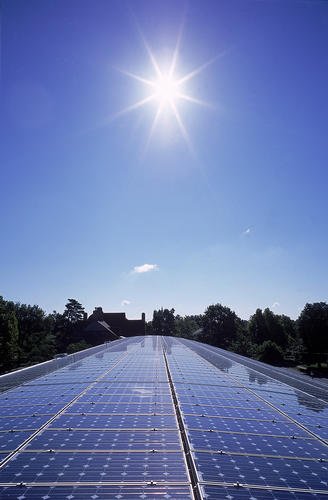 Investment in renewable energy reached a record high globally last year, according to two reports, with $257 billion (£165 billion) pumped into the sector in 2011 – six times the amount invested in 2004.

UNEP’s extensive report, based on data from Bloomberg New Energy Finance, adds that the $257 billion figure also stands at a point 93% higher than the total in 2007, the year before the financial crisis reared its head.

Achim Steiner, UN under-secretary general and UNEP executive director, expressed in the report that there may be multiple reasons driving this renewable investment: “Whatever the drivers, the strong and sustained growth of the sector is a major factor that is assisting many countries towards a transition to low-carbon, resource efficient green economy”, he said.

“This sends a strong signal of opportunity to world leaders and delegates meeting later this month at the Rio+20 summit: namely that transforming sustainable development from patchy progress to a reality for seven billion people is achievable when existing technologies are combined with inspiring policies and decisive leadership.”

The REN21 report relies on the most up-to-date information available, provided by a network of more than 400 contributors and researchers from across the globe. In the study, not only do we see that renewable energy sources have grown to supply an estimated 16.7% of global final energy consumption in 2012, but renewables also accounted for almost half of the estimated 208 gigawatts (GW) of electric capacity added globally during 2011.

“Although there is still a long way to go to provide energy access for all”, explained Mohamed El-Ashry, chairman of REN21.

The events that occurred at the Fukushima Power Plant in Japan last year impacted heavily on the energy spectrum and triggered a debate on nuclear power. In Germany for example, the disaster led to a commitment to rapid exit from nuclear energy use by 2022.

Also in 2011, figures compiled by the Pew Charitable Trusts, titled Who’s Winning the Clean Energy Race?, revealed a total of £5.9 billion had been pumped into the renewable energy sector that year.

Two of Blue & Green Tomorrow’s recent in-depth reports – The Rise of Renewable Energy and The Guide to Sustainable Investment – work well in tandem when assessing the impact of investing in renewables. We recommend getting in touch with Good Energy – the UK’s only 100% renewable electricity supplier – once you’ve been inspired to switch to clean power.