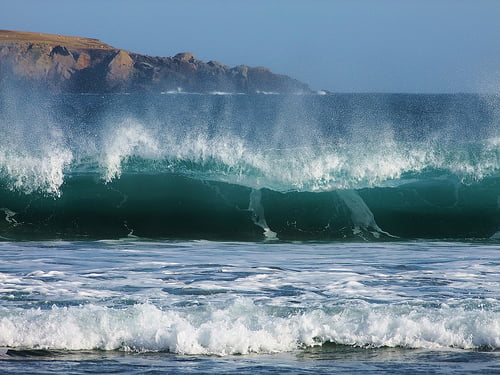 Scotland has further displayed its allegiance to sustainable energy after revealing the “world’s first community-owned tidal turbine” would be constructed off its coast.

First minister Alex Salmond announced the news whilst visiting Renfrew-based Steel Engineering, a Scottish firm that will undertake the development of the project alongside Nova Innovation.

The 30 kilowatt Nova-30 turbine will be owned and used by the North Yell community in Shetland, one of Scotland’s most remote areas, and comes less than three months after the government set up an £18m marine energy fund, called the Marine Renewables Commercialisation Fund (MRCF), to help push the industry forward.

The MRCF was introduced on top a £103m Renewable Energy Investment Fund, as well as the Wave and Tidal Energy: Research, Development and Demonstration Support (WATERS) funding, aimed towards research and development in tidal and wave energy.

“Scotland is leading the way in the development of marine renewables”, said Salmond, upon announcing the community-owned tidal turbine.

“Today’s announcement that the world’s first community-owned turbine is to be manufactured and deployed on these shores is a truly fantastic endorsement of our burgeoning renewables sector.

“The turbine […] will be used to power businesses in a Shetland community, showing the very tangible benefits that marine renewable power can bring to Scotland’s businesses and people in the years to come.”

He went on to talk about the employment opportunities behind the development, as Scotland looked to initiate a “renewables revolution” off its shores. Some 120 jobs have been made available at the site, which Salmond officially opened today.

The turbine itself will be constructed between the islands of Yell and Unst, and has been part-funded by a £150,000 government grant, as Scotland looks to further enhance its status as a renewable energy innovator in the UK.