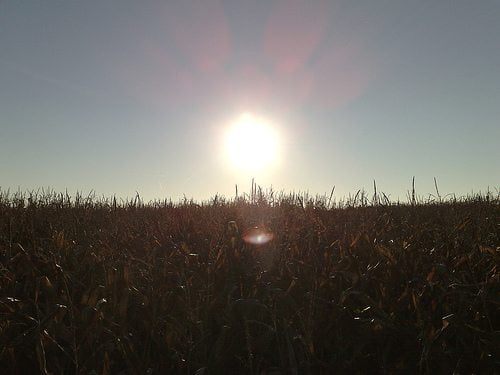 The EU approved proposals to limit the contribution of biofuels on Thursday, while moving towards its green transport targets.

The proposals were made to counter possible greenhouse gas (GHG) emissions from indirect land use change (ILUC) when new land is cultivated to grow crops for biofuel production.

MEPs on the European parliament’s environment committee (ENVI) voted to cap the total energy consumption of conventional biofuels in transport at 5.5%.

Friends of the Earth’s biofuels campaigner Kenneth Richter said, “The committee has taken a timid step in the right direction by reforming EU biofuels policy – including the decision to penalise biofuels that result in significant greenhouse gas emissions through deforestation.

“But it’s disappointing that a course hasn’t been set to phase out the use of food crops for fuel – instead MEPs have chosen to cap it at a level that is even higher than current use.”

The cap is intended to encourage the development of alternative biofuels, using materials such as waste or aquatic sources such as seaweed. However, such sources are yet to reach industrial levels of production.

The science behind ILUC calculations is contested, and biofuel producers say the decision has put the future of the industry at risk.

Speaking ahead of the vote, Clare Wenner, head of renewable transport at the Renewable Energy Association, had said, “The science of ILUC is too uncertain to introduce theoretical ‘ILUC factors’ – and it certainly cannot be used to justify calling into question major investments in our jobs and our industry.”

Following Thursday’s result, Wenner said, “It will ensure that fossil fuels continue to dominate transport for the foreseeable future and it will reduce the stimulus for investments in improving agricultural yields and practices.

“So-called green campaigners have well and truly shot themselves in the foot with this pyrrhic victory.”

Renewables will win. It’s just a question of when’