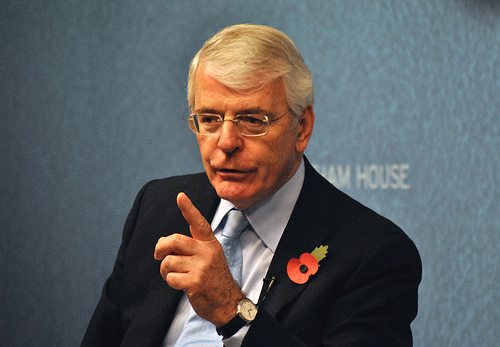 In a rare move, former prime minister Sir John Major has intervened in political affairs, calling for the government to introduce a “one off windfall tax” on energy companies.

His calls add a fresh spin to the energy debate, amid price increases announced by SSE, British Gas, and most recently Npower.

Major, who was prime minister between 1990 and 1997, said that the increases were “way beyond anything that [he thinks] is acceptable”, adding that many consumers will face a tough winter.

He even went as far as suggesting that the increases meant that “there are many people this winter who are going to have to choose between keeping warm and eating”, saying that he thought this was also unacceptable.

The former Conservative PM added that it would be reasonable for the chancellor George Osborne to hit energy companies with a “one off windfall tax, imposed retrospectively”,  in order to help the hard pressed portion of the population.

Downing Street is said to have described Major’s proposals as “interesting”, but added there were no plans to implement such measures.

Major is the latest to publicly criticise the energy companies for their decision to increase prices.

On Monday, the archbishop of Canterbury Justin Welby called on energy companies to reassess their “social obligations”.

This most recent debate on energy prices was sparked by Labour leader Ed Miliband’s pledge to freeze prices for 20 months if he won the next general election.

Major said that Miliband’s proposals “shows his head is in the right place”, but added he didn’t feel it was a workable proposition.