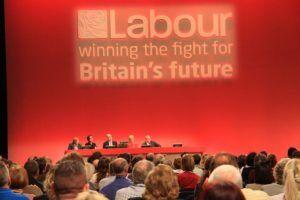 In order to create jobs Labour and the Unions should campaign for renewables rather than Hinkley Point C.

The 900 direct permanent jobs which could be created at Hinkley Point C would cost electricity consumers an extra £800,000 per job per year compared to jobs in renewables in terms of increased costs of electricity. Renewable energy is a far better job-creator than nuclear, and already employs three times more people, according to Dr Ian Fairlie writing on The Ecologist website.

The Trade Unions currently calling for Hinkley Point C to go-ahead should instead give their support to renewables which could become an even greater jobs provider than they are already especially if we seize the opportunities quickly and develop a global export trade in key renewable energy technologies.

“The few permanent jobs Hinkley Point C might generate are not worth the exorbitant cost.”

Developing renewables will generate many more permanent jobs
than Hinkley Point C ever will.

Vincent de Rivaz, the Chief Executive of EDF Energy, was pleading with Theresa May to go-ahead with Hinkley Point C in an article in the Sunday Telegraph. He accused critics of overlooking the positive impact and importance of the investment for Britain.

“Whilst EdF is rushing to bet the farm on Hinkley Point C, the British Government should be in no hurry to take this lousy bet.”

As Dr Fairlie says if it’s jobs the Unions and Labour wants, the £37bn cost to electricity consumers, as estimated by the National Audit Office, could far more usefully be spent on renewables and energy efficiency programmes.