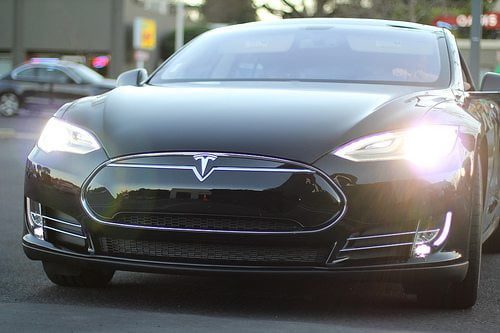 Elon Musk, CEO of Tesla, has confirmed his recently proposed plan to release technological patents in order to expand the electric car industry.

The electric carmaker will allow several hundred patents to be used by other car manufacturers without the fear of being sued. In a “good faith” agreement, Musk believes too few carmakers make any “serious” electric cars and believes the patents will offer a solution to the problem.

On the Palo Alto, California-based company’s website, Musk said, “Tesla Motors was created to accelerate the advent of sustainable transport,

“If we clear a path to the creation of compelling electric vehicles, but then lay intellectual property landmines behind us to inhibit others, we are acting in a manner contrary to that goal.”

Tesla hinted at the possible tech giveaway earlier this week while talking to the BBC regarding the current size of the electric car market. Although Tesla’s constantly increasing sales and industry investment highlight the obvious potential in the industry – Musk seemed adamant that the industry as a whole needed to grow to compete with conventional cars.

Musk also commented on the need to reform patents in general, describing it as a hindrance to technological advances. Talking to Bloomberg, he said “Investors should be much more concerned about whether a company can attract and motivate the best talent, not its patent portfolio.”

Musk has already met with car manufacturer BMW in regards to the use of supercharged recharging mechanisms for its recently released hybrid and electric models.

There is generally positive evidence that the electric car industry is accelerating as hybrids and electric autos have now been developed by all major car companies.

With the promise of three proposed sites for Musk’s $5 billion ‘Gigawatt’ battery factories, making reliable, alternative and economically sustainable sources of energy for cars will be an incentive for others to follow suit.

Investing in sustainable transport and not destroying the world