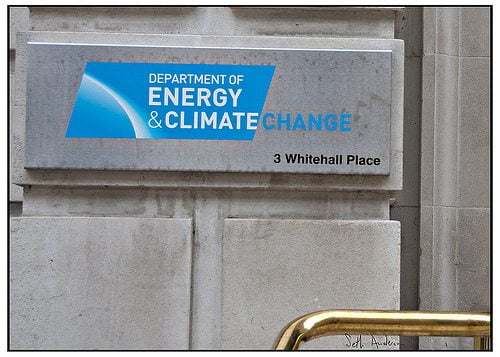 The UN’s chief environment scientist Prof Jacquie McGlade, has criticised UK cuts in subsidies for renewable energy. This follows the government’s decision after election to cut support for renewables and give tax breaks to oil and gas companies.

She told BBC News: “What I’m seeing worldwide is a move very much towards investment in renewable energy. To counterbalance that you see the withdrawal of subsidies and tax breaks for fossil fuels.

“What’s disappointing is when we see countries such as the United Kingdom that have really been in the lead in terms of getting their renewable energy up and going – we see subsidies being withdrawn and the fossil fuel industry being enhanced.”

CEO Paddy Padmanathan, of ACWA Power, told the BBC: “It’s been very badly managed because yesterday we had subsidies – today, I’m sorry, nothing. That’s basically what has happened in the United Kingdom. You [should] phase out the subsidies – work with the industry in a much more measured way.

“Everyone is running around the world looking for other places. Thank you very much, I’ve picked up experience now, the UK is not the best bet, let me go somewhere else. Even the UK companies are looking aggressively elsewhere.”

A DECC spokesperson responded: “We are absolutely committed to getting a global deal in Paris, which will create a level playing field for businesses, driving innovation and growing the low carbon economy.”

“Ensuring subsidies are used where they are needed most, so they can compete with other technologies provides the best value for money for hardworking bill payers,” the spokesman added.