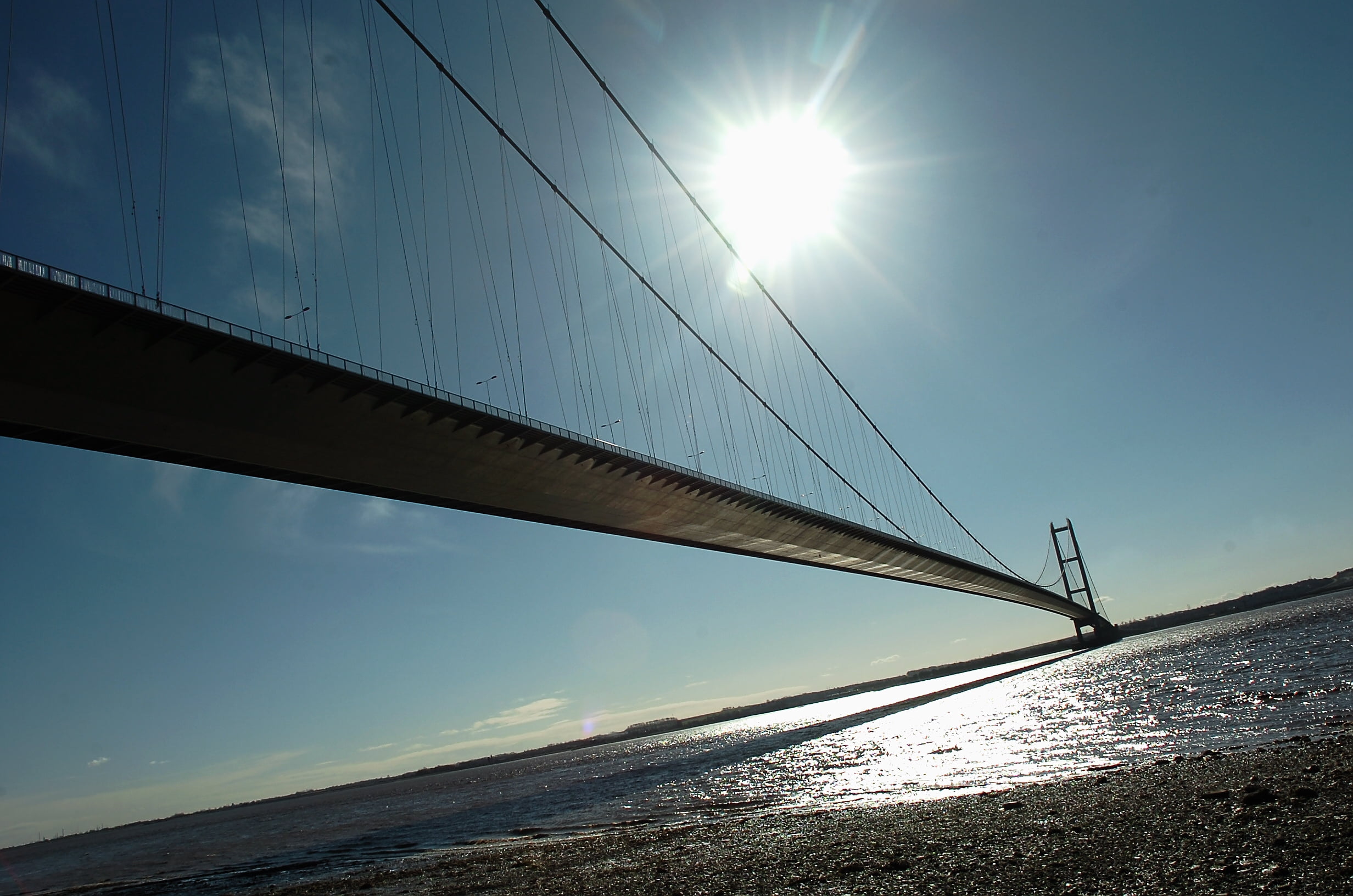 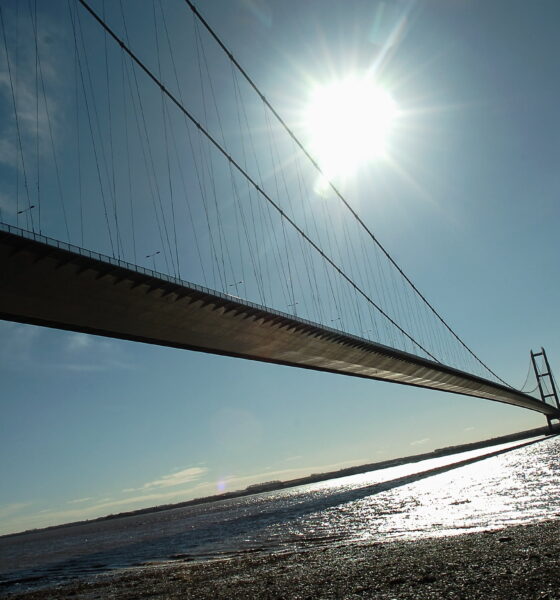 Andrew Morton, account director at Footprint Renewables, describes how renewable energy – which by definition is dependable, predictable and sustainable – can be the driving force behind future economic growth.

As a country, the UK can claim to have seen it before. Rising unemployment, the threat of widespread government cuts and a crippling recession – all set against the worrying backdrop of an energy crisis.

As many economists, historians and politicians have pointed out, the scenario faced by the country in the 1970s is very similar to the problems we are battling both as businesses and individuals in 2012.

But there is, thankfully, a critical difference between then and now, which could help fuel an economic recovery and also shape a cleaner, greener, future.

Forty years ago, reducing fossil fuel use and living more sustainably was only a storyline on episodes of The Good Life. Whereas, today’s financial woes come at a time when corporations, communities and countries are agreed on the need to move towards a low-carbon existence. This outlook is coupled with the genuine need to slash energy costs.

Collectively, this unique situation presents the chance for a new industrial revolution. And the good news is that it is a transformation many of us can join and even benefit from.

Moreover, the UK’s expanding renewable energy industry, and the wider environmental sector, is big business and we should not be afraid to talk about it in this sense.

The issue of powering our workplaces and homes in the decades to come is not going to disappear. The challenge is considerable – with equally considerable investment needed to overcome the hurdle. So, in switching to greener fuel, we can potentially improve our balance sheet at the same time.

When you think the offshore wind power sector alone could be employing nearly 100,000 people in the UK by 2020 – according to a report released in June by the Centre for Economics and Business Research – you begin to realise the scale of this economic opportunity.

This is even more impressive when you realise that this wasn’t really an industry for the country until only about a decade ago.

Importantly, before understanding how this can be our new industrial revolution, it is useful to remember why there is an energy crisis.

We have as a country – for the first time in decades – become a net energy importer. The UK has become increasingly dependent on uncertain, and in some cases volatile, parts of the world for our energy requirements. This means we are vulnerable to the rise and fall of global energy prices.

As we have seen with household bills and fuel costs, this reliance on imported energy impacts on every one of us and the prices we ultimately pay for goods and services. It is also worth considering emerging economies, such as China and India, have an ever-greater appetite for diminishing fossil fuels.

So, this means we have a responsibility – and a pressing need – to carefully think about creating a more dependable, predictable and sustainable energy source.

Perhaps the best way to achieve this, and economic growth, is by fully exploiting our range of renewable energy resources in and around the UK.

This also goes some way to prove why there is such political will, from all quarters, behind green energy, notwithstanding mostly local debates on issues such as the popularity of onshore wind farms. Indeed, president of the European Commission, José Manuel Barroso, has said the opportunity could “create thousands of new businesses and millions of jobs”.

But how is this emerging industry taking shape and how is it creating a new economy in the UK?

Some of the action involves big projects that are attracting, understandably, big headlines.

An example is the development of bio-renewables, including biomass and bioethanol, which will take a share of the new green energy mix. Up to 40 new production facilities are expected to be built in Europe in the next five years, with the UK taking a prominent role.

In East Yorkshire, commissioning is underway at the Vivergo Fuels site – one of the largest bio-refineries in the continent.

The plant will produce 420m litres of fuel a year, using 1.1m tonnes of locally sourced wheat. The company is investing £350m in the area and creating and sustaining more than 1,000 jobs.

Given the potential for this technology, and how such developments will support local supply chains, it is a tangible demonstration of how large-scale renewables can make strong contributions to an area’s economic wellbeing.

But perhaps the area of clean energy that has attracted the most focus – and where there is the most hope of a green-inspired industrial revolution – is offshore wind.

The UK is now widely-regarded as the global leader in this sector and the work developing the massive “Round Three” wind zones off our coastline is among the world’s largest civil engineering projects.

Remember, some of these sites in North Sea are the size of English counties – filled with turbines that need designing, assembling, transporting, installing, operating and maintaining.

Industry-backed reports suggest this activity could return the country to being a net energy exporter by the middle of the century, generating electricity equivalent to one billion barrels of oil a year.

Based on predictions of delivering 33 gigawatts (GW) of offshore wind power by the early 2020s, it is also thought the sector could contribute 0.4% of GDP per year around the same period.

Being just a decade away from realising this – and with such impressive forecasted numbers – it is a bold example of a new industrial revolution.

Already, so-called “super clusters” of expertise, businesses and supply chains are forming in pockets of the UK that will assemble the Eiffel Tower-size turbines destined for the Round Three sites.

Hull and the Humber, Newcastle and the Tyne and Leith in Scotland are all offering homes for this industry and engineering giants such as Gamesa are developing plans.

The positive impact Siemens’ proposed turbine assembly plant in Hull – employing about 700 people – could have on the entire Humber region and business community is vividly illustrated by the parallels drawn with similar economic revolutions elsewhere in the UK.

Some have said renewables will be to Hull what oil and gas have been to Aberdeen and car manufacturing continues to mean for places like Sunderland and Derby.

In the Humber’s case, up 10,000 jobs are being talked about in terms of the supply chains and wider area, with everyone from lawyers and training providers to caterers and engineers required as part of this sector.

The recent announcement by Danish firm Vestas to drop plans for a large turbine facility in Kent may have led some to question the future of the industry. But this is surely a small bump in an overwhelmingly positive-looking journey – irrespective of on-going arguments about government subsidy levels and other political issues.

In fact, the bigger danger in making sure this new industrial story has a happy ending may be the readiness of companies in the UK to actually believe it and fully seize the opportunity.

Our supply chains must prepare now for their golden chance and be ready to compete with overseas rivals in a fast-paced and dynamic industry that has existing relationships with renewables businesses in mainland Europe – notably Germany – where offshore wind already has an established presence.

Having local advantage will not be enough on its own to win this work, generate investment and create jobs.

Carbon capture and storage and tidal and wave power also present huge economic opportunities for the UK, once research and issues surrounding commercial viability have been concluded.

But these big projects are only part of the green industrial revolution.

Micro-generation and the related field of energy-efficiency in domestic properties have the potential to be a crucial, lucrative, market.

Already, solar power is responsible for employing more than three times the number of people the wind industry does – many in small and medium-sized enterprises (SME).

There are about 55,000 companies active in the low-carbon and environmental goods and services sector in the UK, of which 18,000 are involved in manufacturing. Some 90% of the firms are in the industry are SMEs.

And these numbers will only improve as our appetite for renewable energy comes from lifestyle, comfort and cost-reduction choices, rather than subsidies and tariffs.

As a nation, we have a target of getting 15% of our energy requirements from renewables by 2020, with everyone having a role to play, whether as a homeowner or a director of a business.

Working towards this goal – and others associated with carbon emissions – will mean we have economic growth underpinned by a reliable and secure power source.

In the process, we have the chance to create green jobs, generate new business and build a home-grown industrial success story.

Andrew Morton is a journalist and account director of Footprint Renewables – a UK-based public relations, marketing and research company that works exclusively in the green energy sector.