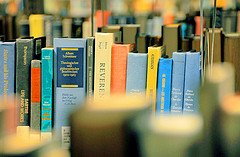 Charged with the intimidating burden of cleaning up the pieces shattered by current wrongdoings, these people’s minds are integral in making the transition into a sustainable future.

Granted, at the moment it’s not their prerogative to make a difference in investment terms. That’s down to the older crop. But it would be hugely significant for them to reach the age and wealth that actually mattered, whilst already possessing fundamental sustainable morals.

The Oxford Institute of Sustainable Development (OISD) undertakes research into various aspects relating to sustainability within the built environment. Most of its staff teach at Oxford Brookes University, and Dr Bridget Durning, senior research fellow at the OISD, explained how the institute’s research transcends through to students.

“Our teaching is greatly informed by the current research that we undertake, and sustainable development is a very important factor within all the lives that we lead”, she said.

“It’s very important that our future professionals are not just educated – it’s also about making sure they have the knowledge to appreciate and understand how what they do in their professional practice influences the world that we live in”.

It’s not just about teaching the young minds about sustainable development and renewable technologies, though. Universities themselves, all across the UK, are making strides forward in an attempt to become more energy efficient and sustainable.

The Higher Education Funding Council for England (HEFCE) announced last week that it was to distribute nearly £11m to fund carbon reduction projects at higher education institutions (HEIs) across the country.

Universities and science minister, David Willetts, said, “Universities are significant energy users so it is important that they should reduce their carbon footprint where possible.

“These projects will deliver significant environmental benefits, but they will also improve the operational efficiency of the institutions”.

As well as this announcement, energy giant E.ON has teamed up with two Birmingham universities in a partnership designed to further develop clean energy, or low carbon technologies.

A major player in the UK energy market, and part of the ‘big six’ suppliers, E.ON was accused of profiteering and infiltration of government departments last year. The coalition with Aston University and Birmingham City University, though, is a step in the right direction as it attempts to shake off the criticism.

The advancements that universities are making towards becoming more sustainable have been tracked and charted by People & Planet, the largest student campaigning network in the UK.

Its Green League ranks institutions by their environmental and ethical performance, with Nottingham Trent University (NTU) topping the chart for 2011.

The university has strong policies when it comes to sustainability, including EcoCampus – an Environmental Management System (EMS) and award scheme that has been specifically designed for universities.

According to NTU’s website, EcoCampus “aims to assist institutions in moving towards environmental sustainability through good operational and management practices”.

Ten English universities are currently signed up to the project – five of which finished in the top ten of the Green League, which shows just how productive the scheme is.

The latter rating was determined by asking each university whether it had a publicly available ethical investment policy; whether this policy was reported on annually; and whether the university had, on ethical grounds, divested, invested, engaged with companies as a shareholder, or changed banking provider in the last year.

How ethical are the UK's universities?: Ben Willers. (Click to enlarge).

NTU and the University of Gloucestershire are the clear frontrunners according to the infographic, with the latter in particular excelling in the ethical investment criteria.

Blue & Green Tomorrow contacted the college, which only has 2,000 students and 200 staff, to give it the chance to explain the reasoning behind its poor showing.

Deputy principal, Hâf Merrifield, responded to the claims by saying that People & Planet’s results were flawed.

She said, “We did not submit any information for the league table as most of the categories are not applicable to an institution of our size.

“In some categories publicly available information was used, while in others we were marked down because we did not submit an entry.

“For example, the ranking awards points to institutions which have a designated environmental officer or a carbon reduction team, which are not viable posts for small institutions.

“Instead of denoting these categories as ‘not applicable’, this league table marks BG down”.

In answer to Merrifield’s claims, Louise Hazan, People & Planet’s climate campaigns manager, stated that all of the Green League’s criteria are calculated with the relative size of each institution in mind.

“There are many smaller institutions than Bishop Grosseteste that do very well in the People & Planet Green League”, she said.

“The major reason Bishop Grosseteste scored so poorly in the Green League 2011 was that it failed to provide any information about its environmental and ethical activities, despite a request made under the Freedom of Information Act (Environmental Information Regulations).

“Had it responded, it would have been awarded points commensurate with its size and performance in all the Green League criteria.

“Instead of making up excuses, I’d urge Bishop Grosseteste to be brave enough to submit their green credentials for assessment in the forthcoming People & Planet Green League 2012”.

Whilst Hazan is right – there are universities of smaller size than Bishop Grosseteste that have been given higher ethical scores in the Green League – these do go against the general theme.

But does being a small institution always lead to poor ethical ratings? And likewise, does being large mean you’re bound to be ethical? Are these facts set in stone?

The following chart shows that as a large institution, you’ve got a much better chance of coming nearer the top – although there are exceptions to the rule.

The graphic shows the Green League’s top ten and bottom ten HEIs, along with the number of students enrolled at each in 2008/09.

It’s clearly no coincidence that the most ethical institutions also have the most students, and vice versa.

One of the most costly expenditures at universities is energy bills. Nearly 2.5m people are enrolled at the 165 institutions across the UK, and it’s no coincidence that the ones that contribute the most carbon emissions are the ones with the largest research facilities.

Dan Clayton is environmental and sustainability manager at the University of Lincoln, an institution that came 47th overall in the Green League tables. He says HEIs have a “duty to promote and encourage” sustainability.

“HEFCE has recognised that the higher education sector has a leadership role to play in reducing carbon emissions and has therefore set targets that go beyond the Government reduction targets”, Clayton said.

“Additionally the best managed organisations tackle issues such as energy consumption as a matter of course.

“If reducing energy consumption pays back in a reasonable time in terms of money and resources then it makes sense to pursue these savings”.

Some of the energy efficiency measures already undertaken by the University of Lincoln include investment in software that automatically switches off computers, as well as LED lighting, automatic light controls and plant room insulation.

Clayton claimed that the institution had estimated savings of “tens of thousands of pounds per year” because of the sustainable steps.

As the environmental message spreads across HEIs throughout the country, continued investment in cleaner technologies and carbon reduction mechanisms, combined with further teaching on sustainable development, will make it easier to educate the next few generations of university students.

Dr Durning of the OISD concluded by looking forward to the future. She envisaged a wider knowledge of sustainability amongst younger people.

“Education in sustainable development is a big part of the curriculum further down the chain, right from a very young age”, she explained.

“With future generations, they should already have this knowledge about sustainability built into their practices that they undertake.

“What is often the challenge is actually getting the students to realise how it can be applicable in all their working practices.

So the underlying intention in all the teaching, all the research and all the energy efficiency measures, is to embed sustainability ethics into people’s minds.

If you have this theme running throughout your whole life – your work, your family and your money – we’ll achieve our goal of becoming more sustainable as a planet.

We can help you do this. Fill in our online form and we’ll connect you with a specialist ethical adviser who can explain the wondrous possibilities beneath investing sustainably.

In reiteration, remember Thomas More’s philosophy: “One of the greatest problems of our time is that many are schooled but few are educated”.

Don’t be merely schooled for your whole life. Be educated.