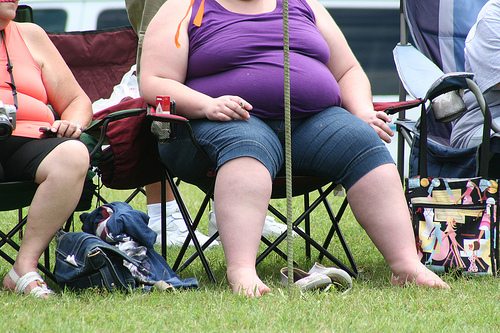 Number of overweight people in developing countries tripled since 1980

One in three people worldwide are now overweight, with the number of obese individuals rising to nearly a billion in developing countries that are experiencing increasing incomes, the Overseas Development Institute (ODI) has revealed.

Over the past 30 years, the percentage of those overweight has risen from 23% to 34%, with the major increase occurring in developing countries in Middle East, North Africa and Latin America, where there are now almost the same number of obese people as in Europe.

The ODI’s report, Future Diets, warns that obesity has become a worldwide phenomenon, bringing with it an increase of heart disease and diabetes.

A total of 904 million people are classified as overweight – meaning that their body mass index (BMI) is greater than 25 – in developing countries, up from 250 million in 1980 and more than the 557 million registered in high income countries.

A shift in diet is blamed for the increase, with people eating less cereals and vegetables and more fats, sugars and animal products. Improvements of living conditions and higher income have also contributed to the change.

Steve Wiggins, one of the authors of the report, said, “People with higher incomes have the ability to choose the kind of foods they want. Changes in lifestyle, the increasing availability of processed foods, advertising, media influences… have all led to dietary changes.”

Despite the percentage of overweight people rising in countries like China, Mexico and South Africa, North America still holds the record for obesity, with 70% of adults classified as obese. The percentage in the UK is 64%.

The ODI report warns that “politicians need to be less shy” about healthy eating and quoted the example of South Korea, whose government has launched a massive campaign in order to protect traditional eating. As a result, South Koreans increased their fruit intake by 300% and their vegetable intake by 10% in 2009 compared to 1980 levels.

US could ban trans fats from food production after health fears