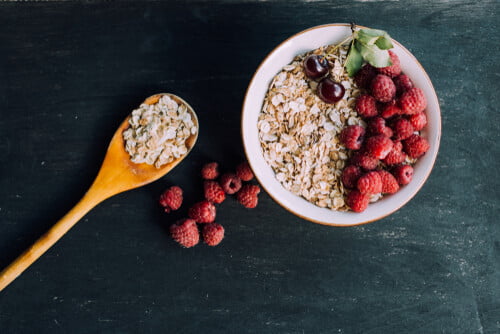 These Are The 5 Top Ecofriendly Diets For This Year

Recent polls have shown that consumers are becoming increasingly concerned about climate change. The most recent poll found two-thirds of Americans were upset about President Trump’s decision to pull out of a climate change agreement. It is encouraging to see so many people finally starting to get the message about the dangers to our environment. Unfortunately, there is a bit of a disconnect between their expressed passion for environmentalism and their willingness to actually make the necessary changes to minimize their carbon footprint. One way to make a difference is to consider embracing an ecofriendly diet.

One of the biggest problems is that people don’t realize the actions that contribute to climate change the most. According to the University of Michigan, 83% of the average household’s carbon footprint is caused by the foods they consume. Only 11% is attributed to transportation, while the remaining is caused by cooling, heating and powering household appliances.

What does this mean for eco-conscious consumers? It means that they need to start considering making major dietary changes, because certain eating habits can reduce your carbon footprint. The good news is that there are a number of diets that can help fight global warming.

Here are some diets that you may want to consider.

A 2014 study from Universitat Jaume tracked the diets of a number of patients in a Spanish hospital. Although the study was conducted in Spain, many of the patients were eating American diets. The study compared them against people eating the Mediterranean diet, which is rooted in Spain, Greece, and other Mediterranean countries.

This diet is a good compromise for ecofriendly consumers who are not willing to become vegans or vegetarians. They can still eat meat in moderation, but will be able to reduce their carbon footprint by shifting to a diet that is rich in plant material instead.

The keto diet is becoming a lot more popular these days. Unlike most fad diets, it was supported by scientists that are willing to try it themselves. Business Insider recently published an article about a scientist that has practiced it for the past six years. You can click here to learn more about this diet.

The nice thing about the keto diet is that it can be practiced in a number of different ways. There are plenty of ways to follow the diet while leaving a very small carbon footprint. Sabrina King mentioned three of them on Mind Body Green.

4. Switch from a beef-centric to a chicken- or fish-centric diet

You might not be ready to give up meat entirely. Also, some people may not do well on a vegan diet. It is difficult to get the nutrition that you need unless you put in a ton of work trying to find the right types of foods.

Fortunately, there are still ways you can minimize your carbon footprint without even reducing the amount of meat that you consume. You can simply choose a different type of meat. Having a diet based on chicken is better for the environment than eating beef. The University of Michigan states that the average household can produce 882 fewer pounds of CO2 each year by replacing all beef it consumes with chicken. Following a diet based on seafood can also make a difference, but it depends heavily on the type of seafood that you eat.

That being said, people that follow the hCG diet can at least tell themselves they are being ecofriendly. Since they are consuming such a small number of calories, they are leaving a small carbon footprint.

All in all, choosing some of these top ecofriendly diets has the potential to improve your health by leaps and bounds. Doctors have spent decades researching which diets are best for human health, and it’s a wonderful correlation that many of those diets are also good for the earth. An ecofriendly diet is an excellent way to do your part in fighting climate change while also taking care of your health.