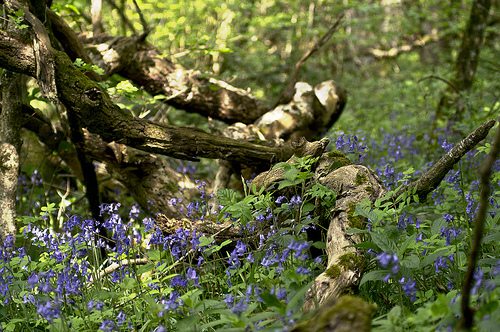 Government proposals to compensate for natural habitats destroyed in building developments through “biodiversity offsetting” need to be improved, a committee of MPs has warned.

The UK government announced the plans in September, suggesting that developers planning to build houses in environmentally important areas could go ahead if they offset the damage by paying for conservation projects elsewhere.

The green paper envisaged “habitat banking”, where an offset provider could restore or recreate habitats and sell offset units later on. Environment secretary Owen Paterson said, “Offsetting is an exciting opportunity to look at how we can improve the environment as well as grow the economy.”

Such systems have been piloted in the UK since 2011, while similar schemes are already in operation in 25 countries, including the USA and Germany.

The environmental audit committee has since been considering the proposals. In a report published on Tuesday it concluded that the idea has some merit, but ruled that the current suggestions are far too simplistic.

Joan Walley MP, the chair of the committee, said such a system “could improve the way our planning system accounts for the damage developments do to wildlife, if it is done well.”

She added, “But ministers must take great care to get offsetting right or they risk giving developers carte blanche to concrete over important habitats […] There is a danger that an overly simplistic offsetting system would not protect these long-established ecosystems.”

MPs on the committee were particularly concerned that offsetting could be “applied to ancient woodlands and sites of special scientific interest”, which they said should be rigorously protected.

Doubt was also expressed over the simplicity of the proposed assessment process. The government’s original green paper suggested that assessors could evaluate the potential biodiversity losses of a site within 20 minutes.

The MPs warned that this would be insufficient. “If a 20 minute assessment was carried out in a British wood in winter, for instance, it would be easy to overlook many of the migratory birds that may use it as habitat in summer”, Walley explained.

The report concluded that the scheme could be useful if properly developed and if it was made mandatory to all developers. However, some environmental campaigners have rejected the proposals entirely, on the grounds that as offsetting won’t account for ‘ecosystem services’, such as nature’s contribution to flood mitigation, or the pollination services provided by bees and other insects.

“We mustn’t gamble with Britain’s wild spaces – nature cannot just be shifted around the country at the whim of a developer”, said Friends of the Earth nature campaigner Sandra Bell.

“The government should pull the plug on these madcap ‘offsetting’ plans and get on with delivering its commitments to protect and boost wildlife through better planning.”