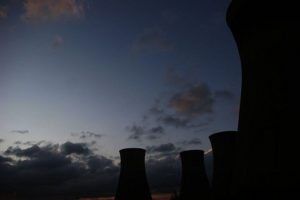 A new study of “clusters” of industrial facilities in Scotland supports recent advice to the UK Government that a focus on delivering shared transport and storage infrastructure can greatly reduce the cost of achieving deep cuts in the UK’s carbon emissions.

The UK’s Committee on Climate Change (CCC) recently set out a refreshed approach to delivering carbon capture and storage (CCS) in the UK, recommending an initial focus on one or two clusters of industry and the need to deal separately with investment in transport and storage infrastructure if a CCS network is to be established.

The SCCS study, which looked at CO2 capture quantities, capture project costs and transport connection costs to storage for 13 industry and power facilities in Central Scotland, suggests that:

The Scottish case study has a wider significance for the UK and Europe. The scenarios presented could provide around half of the CO2 capture considered necessary by the CCC for a scaled roll-out of a developing UK CCS industry by 2035, which would deliver key learning and help to reduce costs further.

The Central North Sea has the largest and best understood CO2 storage capacity in Europe; this has been shown to be ready for commercial development by recent projects [3][4]. Developing capture clusters along the eastern seaboard of the UK and reusing existing onshore and offshore pipelines can help commercialise this storage resource rapidly, with benefits for the environment and the economy from a new offshore CO2 storage industry.

Dr Peter Brownsort, lead author of the study and SCCS Scientific Research Officer, said: “The UK has a pressing need to clarify its pathway to decarbonisation under the terms of our 2008 Climate Change Act and, more recently, from our commitment to the Paris Agreement on climate action. The findings of our work support recommendations made recently by the Committee on Climate Change, which is calling on the UK Government to develop a new strategy for CCS in the UK immediately.

“Our study shows that it is possible to capture and transport significant amounts of CO2 from industrial clusters in Scotland right now, with known technology and by converting existing infrastructure.

The presence of existing pipelines, both on and offshore, available for reuse can bring direct savings to CCS projects.

This unique advantage, combined with the huge CO2 storage potential in the Central North Sea, makes a strong case for initiating a CO2 capture cluster and transport network in Scotland, which could lead to commercialisation of a new offshore CO2 storage industry serving the UK and Europe.”