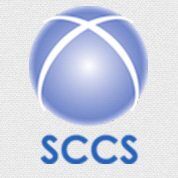 The Carbon Capture and Storage Association (CCSA) has released a report based on the UK’s cancelled Carbon Capture and Storage (CCS) Competition. The report sets out 36 vital lessons and policies following the cancellation. Tackling climate change continues to be a high priority across different sectors despite uncertainty following the UK’s decision to leave the European Union.

The UK Government is currently developing its Carbon Plan, which will describe a path towards achieving legally binding targets on reducing greenhouse gas emissions. The Paris Agreement on climate change also commits the UK to honouring a pledge to help contain global warming to within 2C, or even 1.5C.

Renewable energies and energy efficiency measures can contribute to reducing the carbon footprint of electricity generation. But CCS remains the only option for harder-to-reach areas, such as industrial processes.

Prof Stuart Haszeldine, SCCS Director, said: “The CCSA’s Lessons Learned report highlights some key issues, which must be heeded if climate action is to succeed through the deployment of CCS.

“Under the terms of the UK CCS Competition, the Peterhead and White Rose projects suffered from having to bear full-chain costs. These pioneering projects should instead have been prized for unlocking essential CO2 transport and storage infrastructure that could decarbonise the industry, heat generation and transport sectors well into the future.

“After the abrupt withdrawal of CCS funding by the Treasury, subsequent government defence of this action cited its high cost. However, the CCSA’s evidence-based assessment finds the now cancelled projects and their projected costs to have been in line with the government’s stated objectives and expectations.

“In particular, Peterhead is found to have been a unique opportunity ‘within the structure, risk allocation and terms of the Commercialisation programme’, an opportunity that ‘would seem unlikely to recur’. This is a huge strategic loss to the UK’s decarbonisation capability.

“Moreover, there has been huge damage to investor confidence in CCS, which remains a critical technology, according to the UK Committee on Climate Change, for power and industrial decarbonisation in line with the requirements of the UK Climate Change Act.”

The CCSA’s report highlights “no technical barriers to the delivery of CCS” but states that any future CCS programme will have to address a number of commercial challenges. The report also clearly shows that CCS “has significant potential for rapid cost reduction”.

With these key findings in mind, and access to other expert advice on achieving its Carbon Budgets, the UK government must now, without delay, present its vision for decarbonising the UK’s power, industry, heat and transport sectors in line with the requirements of the 2008 Climate Change Act.