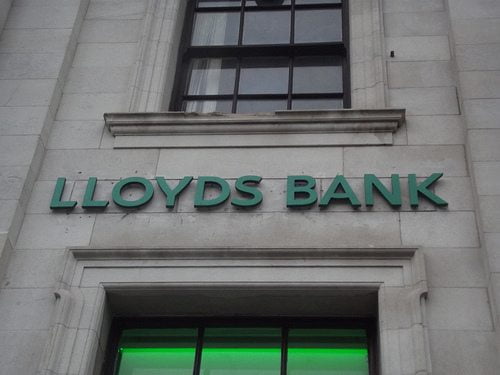 Lloyds Banking Group has become embroiled in a ‘scandal within a scandal’, after being accused of using a legal loophole to shortchange people owed compensation after they were mis-sold payment protection insurance (PPI).

The PPI mis-selling scandal involved banks selling insurance to customers to protect loan repayments if they were to lose their job or become ill. In many cases customers did not want or need the protection.

Lloyds Banking Group, which is 33% owned by the taxpayer after a £20bn bailout out in 2008, has been forced to set aside around £10bn for its compensation bill.

However, a BBC investigation found that Lloyds has saved more than £60m over the past year by using a little-known rule allowed by the Financial Conduct Authority (FCA).

‘Alternative redress’ allows a bank to assume that customers to who were wrongly sold single-premium PPI policies would have bought a cheaper, regular premium PPI policy instead.

This allows the bank to deduct the cost of the regular premium policy from the compensation package offered to PPI victims.

“Frankly, I’m amazed that this problem has existed throughout the last year and hasn’t emerged into the light,” financial journalist and PPI expert Cliff D’Arcy told the BBC.

“What’s happening here is a taxpayer-sponsored bank depriving taxpayers of their rightful compensation by using a loophole. It’s a scandal coming out of a scandal.”

In a statement, Lloyds insisted it was acting “in line with regulatory guidance.”

It added, “The overturn rates for cases relating to comparative redress are in line with other PPI cases. These cases will continue to be reviewed on an individual basis.”

The Financial Ombudsman said that it is receiving an increasing amount of complaints regarding alternative redress, and advises people who feel they have been incorrectly compensated to contact them.

In June 2013, the bank admitted there were “issues” with the way some of its employees were handling PPI complaints. An undercover investigation by a Times reporter found that staff were “[playing] the system”, so that those looking for compensation over wrongly sold PPI didn’t get it.

The group was also dealt a record fine by the Financial Conduct Authority (FCA) at the end of last year for its supposed irresponsible sales culture.

The group was found to have high-risk features in its advisers’ financial incentive schemes, which were not properly controlled, leading to a £28m fine.

Campaigners say such controversies proves that the bank “is not willing to take responsibility for its mistakes.“

Commenting after the latest revelations, Charlotte Webster, campaign director of the Move your Money, said, “This behaviour is simply out of touch with society, which is why people across the country are putting their foot down and saying ‘no’ to the big banks.”

The Move Your Money campaign lobbies for a more ethical and sustainable banking sector. Its online scorecard, which rates banks according to their impact, ethics and customer service, gives Lloyds 33 out of 100.

“There is huge demand for better banking, millions are already moving their money to financial institutions that show respect for their customers,” Webster added.