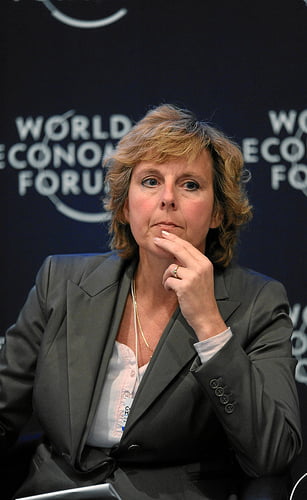 The current system used for judging economic growth just looks at production and consumption and neglects issues like the impact it has on the environment.

“The 21st century must have a more intelligent growth model”, said Hedegaard in the Guardian,”or else it is really difficult to see how we feed seven billion people now”.

She added, “We’re trying to make it clear that the climate change crisis is an economic crisis, a social and a job crisis – it should be seen as a whole. If we do not tackle these, we will be in crisis mode for many, many years”.

Rio+20, or to give its proper name, the United Nations Conference on Sustainable Development, takes place from June 20th to 22nd 2012, and will be hosted by Brazil in Rio de Janeiro.

The conference is supposed to be a chance for world leaders to figure out what the future has in store for the planet and whether this needs to be changed.

It is being held in Rio as a 20 year follow up to the 1992 United Nations Conference on Environment and Development, which made sustainable development a key priority for the UN.

Although the summit meeting may not be until the summer, there have already been discussions as to what should be talked about at the meeting. There are two main themes that the summit is focused on – create a framework for sustainable development and develop a green economy.

Last week the UN released a report with several recommendations detailing the ways that business could change to improve the world.

The report was called Resilient People, Resilient Planet: A future worth choosing and put forward 56 recommendations to help put sustainable development into the mainstream and as quickly as possible.

The “zero draft”, released in early January 2012, says the summit is setting out to “reaffirm our determination to free humanity from hunger and want through the eradication of all forms of poverty and strive for societies which are just, equitable and inclusive, for economic stability and growth that benefits all”.

Even the World Economic Forum’s meeting at Davos included speeches about Rio+20 and how they plan to green the economy.

It may have started to feel like world leaders do not care about the current state of the economy and the environment. Last year’s climate change conference at Durban did not help restore faith in our politicians.

Campaigners were annoyed at the lack of urgency in these talks and the conference did not do enough to help countries start adapting to climate change now.

But what is being said in the run up to Rio+20 sounds hopeful.

Blue & Green Tomorrow believes that the future of the planet relies on creating and maintaining a sustainable economy.

As independent financial adviser Jeremy Newbegin said to Blue & Green last year, if we do not start to invest ethically “it may well bring about economic disaster”.

If you want to help create a sustainable economy then start by speaking to your IFA to find out what ethical investment opportunities there are.

If you do not have an IFA, then fill in our online form and we will put you in touch with a specialist financial adviser.