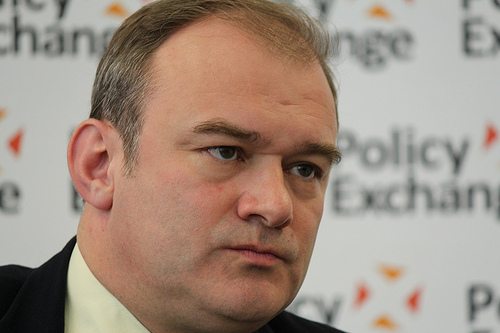 Liberal Democrat energy secretary Ed Davey has described attempts from the Conservative party to cut renewable energy subsidies as crossing a “complete red line”, and vowed to “fight like a tiger” in order to preserve the incentives.

His sentiments follow comments made in parliament on Wednesday by David Cameron, who said he wanted to “roll back” environmental regulations in order to reduce household bills.

Deputy prime minister Nick Clegg said that this was “not something that I fully agree with” a day later, after the Lib Dem party that he leads described the prime minister’s initial outburst as a “panicky U-turn”.

Davey, who assumed his role in February 2012, predicted that the UK would go on to beat its target of generating 30% of its electricity from renewables by 2020.

“That, for me, is a complete red line. I feel passionate about that.”

Scottish Power became the fourth of the big six energy companies to announce upcoming price rises in consumer energy bills, when it revealed an average 8.6% dual-fuel increase on Thursday. British Gas, SSE and Npower had already unveiled their own price hikes.

The increases have led the House of Commons energy and climate change select committee to summon bosses of the energy firms to a questioning on Tuesday.

“No one would have thought it but we’re already halfway there. The green taxes we have been pushing as Liberal Democrats in this government have been extraordinarily successful and point to an extremely green, clean energy future. They’re not being touched and they won’t be touched. It’s incredibly important for investors that they hear that.”

The government confirmed on Monday that it had struck a deal with Chinese investors to build a third nuclear power station at Hinkley Point in Somerset – the first new nuclear plant to be constructed in 25 years.

A letter to David Cameron on Friday, however, written by Mark Turner of solar power firm Lightsource Renewable Energy, suggested solar power technology could deliver the same levels of electricity as Hinkley C, at a similar cost and in just two years – rather than the decade it will take for the nuclear plant to come online. This, he said, would benefit short-term energy security and long-term decarbonisation efforts.

A spokesperson for the renewables industry’s trade body the Renewable Energy Association (REA) said that clean technologies such as wind, biomass and solar were the only large-scale, low-carbon power technologies that could be deployed quickly and at volume to bridge the looming energy generation gap. They therefore said Lightsource’s suggestion to the prime minister was feasible.

Meanwhile, damning figures released on Friday showed the UK to be second from bottom in a ranking comparing levels of fuel poverty in European countries.