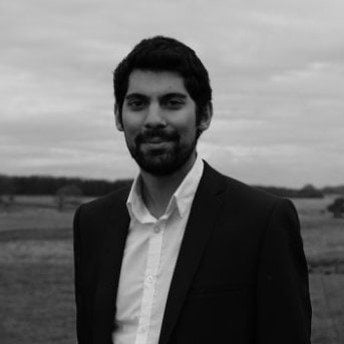 Vijay Bhopal is a renewable energy, environment and international development professional – forming and leading on a range of community energy related projects in the UK and India. Always interested in innovative partnerships and delivery models that use renewable energy as a method of improving livelihood and ensuring resilient communities, he was winner of Scottish Renewable’s ‘Entrepreneur Award’ at Young Professionals in Green Energy 2015. He talks to Blue & Green about Scene, the community energy specialists.

What was the driver for creating Scene – what gap did it fill?

We started in Scotland where there was, and still is, plenty of political support for renewable energy, but the beneficiaries of this renewables boom were overwhelmingly large companies and wealthy landowners. In our opinion, the problems facing the community sector in many places around the globe were i) lack of coordination, ii) limited ambition, and iii) lack of research and use of technology & data.

Therefore, the idea was to fill a dual a research and practitioner role within the market, ensuring that the data on community energy was of high standard and could be used to advocating the socio-economic benefits of community energy in policy and investment circles.

Much of the research and data mapping work that we have done has been commissioned by governments, think-tanks and universities. However, this work has been done to increase visibility of the sector and to help form arguments in favour of helpful policy and resourcing.

The ultimate aim of what we do is to increase the number of community energy projects on the ground, which might be directly though our consultancy work, or indirectly though influence of our research.

More recently we have been working in developing countries, using renewable energy solutions coupled with ICT to help raise the standard of living for communities in chronic poverty. We believe that energy and technology are a crucial combination in this regard. Our work aims to showcase social enterprise methods that work for local stakeholders, rather than espousing the traditional top down methods of grant aid in international development.

What difference does Scene want it to make?

We want to be an influential organisation within the distributed energy sector, with a mandate to help non-experts to take part in the market. This takes different guises, depending on the geography, but generally the difference that we want to make is to increase the share of community ownership of energy generation. Additionally, we aim to help the community sector to be more innovative and agile, rather than lagging behind the private sector.

When it comes to truly engaging people in energy issues, whether to encourage energy transition or for poverty reduction, data and technology are key, and we will continue to innovate in this regard.

There are many barriers; money, NIMBYism, competition with the private sector, reliance on volunteers… and the UK government certainly isn’t helping with its attacks on renewable energy, and more recently on community energy specifically (removal of tax relief eligibility for community projects).

However, perhaps there is a more intrinsic issue with the community sector, in that it is dispersed and faces difficulty in unifying and speaking as one. Whilst representative bodies are strengthening, individual groups still do not network and learn from each other in anywhere near to an efficient manner, meaning that groups struggle to innovate and tend to be a little behind the curve. I think this could be helped and costs reduced by embracing technology! Engaged learning does not happen through government toolkits, it happens through face to face meetings, workshops, video seminars, Skype calls, chat-forums etc.

It would be of great benefit to the whole community sector is some of the burden was taken off older volunteers, and taken up by younger people who may bring tech savviness to the table, to compliment the experience and knowledge of other team members.

Community Energy England, Local Energy Scotland and Cooperatives UK are becoming really strong voices for our sector, and I hope they continue to take the UK government to task.

In terms of using technology to try to try to make the sector more efficient, I’m happy to say that other organisations are beginning to realise the benefits of this approach, despite the activation energy that it requires.

Is UK and Scottish government action today commensurate with the energy challenges we face?

The UK government is following a shambolic energy trajectory at the moment, so much so that Amber Rudd announced recently that the government ‘doesn’t have the right policies.’ I can understand the allure of the continued ‘nuclear renaissance’ in the UK, in the face of an impending energy gap. However, the resultant £95/MWh deal that has been struck with a French/Chinese consortium makes a mockery of much of the rhetoric that comes out of Westminster. I’d much sooner see a concerted effort made in demand reduction and energy storage, rather than a long-term commitment to a questionable energy source.

The Scottish Government tends to have its cake and eat it too. During the referendum campaign, much of the SNP’s economic models relied heavily on oil prices of $100+. Today we’re sitting at $42.8 a barrel, leading to decimation of the North Sea oil industry.

I’m glad that the Scottish government is so heavily into renewable energy, however, it is clear to me that this is an industrially strategic rather than moral position, in that Scotland is taking advantage of England’s apathy in progressing towards our legally binding targets, and creating wealth and jobs in low carbon sectors.

At least heading into COP 21, on balance, one can feel proud to be Scottish.

How can people – individuals and organisations – find out more about Scene?

You can find out more about Scene on our website www.sceneconsulting.com. Our work in India is detailed at www.urjaasamadhan.com and our international community energy mapping project is at www.energyarchipelago.com. And of course, I tweet @vij_scene