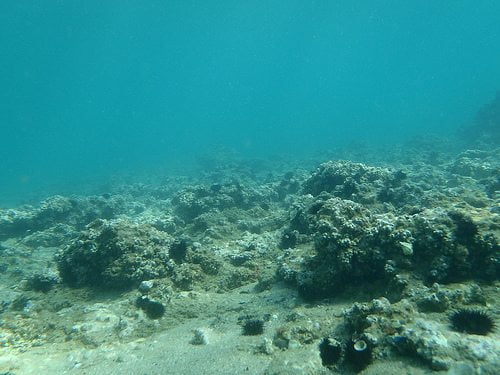 The government has announced the creation of 27 marine conservation zones (MCZs) around the English coasts, falling far short of the 127 reserves recommended by the science committee earlier this year.

MCZs aim to protect the marine environment of UK seas, particularly from destructive fishing practices, such as bottom trawling for fish and seafood.

“We are doing more than ever to protect our marine environment. Almost a quarter of English inshore waters and 9% of UK waters will now be better protected. These marine conservation zones will safeguard a wide range of precious sea life from seahorses to oyster beds and our ambitions do not end there”, he said.

“Over 500 marine protected areas already exist around the UK. Together with MCZs these sites will help safeguard our rich marine environment and keep our seas sustainable, healthy and productive for future generations.”

The new network of zones covers 9,700 sq km, from the Aln estuary in the north-east to Beachy Head and Chesil Beach in the south and Padstow Bay and the Scilly Isles in the south-west.

Joan Edwards, head of the Wildlife Trusts’ Living Seas campaign said, “This is the first active step in what we believe to be the most important action government can take to address the shocking state of nature at sea.

She added, “It is vital for the appropriate management of the 27 designated sites to be implemented as soon as possible.  We look forward to working with government to ensure this happens.

In April, a number of high-profile scientists criticised the government over proposals to reduce the number of proposed MCZs from 127 to 37, arguing that the policy would not be effective in this format.

In July, a comprehensive study of divers and anglers by a range of universities and marine groups found that the 127 MCZs would bring about significant economic benefits to the UK, as well as preserving wildlife and having a positive impact on local wellbeing.

Labour MP and former environment minister Ben Bradshaw, who sits on the science committee that recommended the vast MCZ network, said in April that future generations “will not forgive us” if the reserves did not come to fruition.

“The threat facing our seas is the biggest environmental challenge after climate change”, he added.