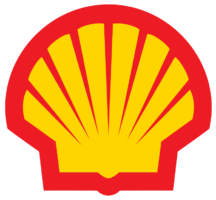 Good morning everyone and welcome to the Olympic Park.

These surroundings bring back memories of the Olympic Games in 2012, which were an enormous success – for this city, but also for British athletes, winning 65 medals, 29 of them gold.

In sport, things are straight-forward. Preconditions are set. There’s a clear, short timeframe. And at the end of this timeframe we know who wins and who loses. Gold. Silver. Bronze. Or no medal at all.

Sport gives us clarity. Or, in psychological terms, it gives us closure. And I guess that’s why we love it so much. Because in normal life things are often not that cut and dry, are they?

Take, for example, the challenge of meeting the world’s growing demand for energy while lowering the emissions of greenhouse gases. People spend a lot of time debating the details. The timeframe spans decades. And no medals are awarded.

For tackling the energy challenge you need NGOs and scientists and economists and investors and consumers and innovators and policy makers and, yes, oil and gas companies too.

So I’m happy to see such a diverse crowd out here today. And I’m looking forward to hearing from you when we meet for drinks after your tour around the Make the Future festival later this afternoon.

Diversity is also represented in our line-up of excellent speakers. I’m sure they’ll raise some powerful questions, as I’m sure you will in the breakout sessions on low carbon lives, communities and economies.

The ability to raise questions rather than clinging to old beliefs is vital for taking on the energy challenge. Questions help us push back frontiers and push forward creativity.

A winner in the Shell Springboard programme for low-carbon businesses in the UK, the architect Arthur Kay, is a great example. When he was designing a new coffee shop, he raised one simple question. What happens to the used coffee grounds? And when he heard the answer – they were thrown away – Arthur raised a second question. How can the used coffee grounds be re-used? The result is a thriving business called bio-bean, which collects coffee grounds and turns them into biofuels and barbeque briquettes. That’s the power of questions.

Today, we want to build on the power of your questions and answers for moving towards a low-carbon UK. Why? Well, Shell is an important supplier of energy to this country.

This means that we have both a responsibility and an incentive to help tackle its energy challenge. When it makes business sense, Shell is determined to play its part in meeting the UK’s energy needs while lowering carbon emissions. It’s important for governments to create the right conditions for companies to not only deliver energy but to do so with fewer emissions.

Of course the general business climate is also important to companies like ours. The outcome of the EU referendum has created uncertainty. It’s crucial that the European governments keep a steady hand on the tiller of the economy in these unprecedented, unpredictable circumstances.

Shell has always been clear about the benefits of the single market and free movement of people, both to the UK and the EU as a whole. I hope that the future relationship between the UK and the rest of Europe will continue to provide the right conditions for economic growth.

But back to the energy challenge. Social, political and geographical conditions differ from country to country. In other words, the energy transition is likely to play out in a different way and at a different pace in different places.

In the UK, however, the demand for energy is likely to level off as a result of, for example, energy efficiency. But this does not mean the UK can sit back and relax. It has a legally binding commitment to reduce its carbon emissions by 80% by 2050, from the 1990 level.

This requires changes to how transport and infrastructure are organised, as well as to how people heat their homes. In fact, changes need to happen in virtually every part of society. And they need to happen while keeping the UK’s energy-based economy growing.

There is one inevitable truth though: the energy system is and always will be the outcome of government policies and consumer choices.

This is why Shell supports government-led carbon pricing systems. By taking the costs of tackling climate change into account, these systems will drive the right behaviour of consumers and producers. It will encourage the fastest and most efficient ways of cutting emissions.

To meet its low carbon objectives, the UK can choose from a wide range of options. These options provoke some powerful questions. Please allow me to raise three of these questions.

One option for the UK is deploying Carbon Capture and Storage on a wide scale. CCS can capture CO2 from power plants and industrial sites and store it safely under the ground.

Shell operates a major CCS project called Quest in Canada and we’re involved in a number of other CCS projects around the globe, including a research project at Imperial College, here in London.

However, CCS is not yet commercially viable. We were disappointed that the UK government withdrew its funding for the CCS Commercialisation Competition, in which our Peterhead project was one of the contenders. So the question is: How can we reinforce government support to get CCS off the ground and become widespread?

A second option is encouraging the use of alternative fuels for cars and trucks, boats and planes. The UK, like other countries, needs a range of technologies to significantly limit emissions from transport.

This is why Shell is investing in, among many other things, hydrogen fuelling pumps and liquefied natural gas for transport. But the question is how to encourage consumers to buy new types of cars when the range of choice is limited and the infrastructure is lacking to travel far.

A third and slightly obvious option is the use of more renewable energies. Clearly, renewables like solar and wind are crucial to the future of the UK’s energy system. But they still depend on flexible back-up when the wind doesn’t blow or the sun doesn’t shine, which is why the use of cleaner-burning natural gas is so important.

There’s also the fact that renewables chiefly produce electricity. And, at least for the moment, there are some serious limitations to widespread electrification. To produce essentials like iron, steel and cement, for example, you still need a fuel that gives high temperatures.

In the debate about the future of energy in the UK, however, it sometimes seems as if renewables are a readily available solution for everything. This optimism is welcome, but it should be paired with realism.

The question is how to build a solid understanding of the challenges that lie ahead, while maintaining an optimistic view.

So, ladies and gentlemen: Three options, three questions. Today we’re inviting you to find answers to these and a whole range of other questions which could help us move to a low carbon UK.

By bringing together people who wouldn’t normally come together, we hope to hear unexpected answers and build unexpected alliances. As I’ve said, Shell believes that lawful co-operation is pivotal to tackling the energy challenge, both in the UK and elsewhere.

I know that these are high ambitions for just one day. But – and this is an analogy with the world of sport – it all starts with ambition. Or to put it in the words of the renowned athletics coach Charles van Commenée: nobody jumps high when the bar is low.

And since this is a man who has trained Olympic medalists, he probably knows what he’s talking about, right? I’ll leave you with that question. Thank you very much.