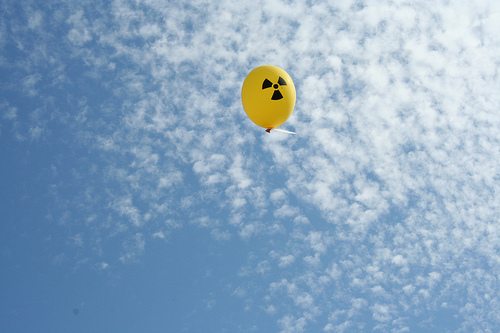 As press reports suggest that EDF may take a final investment decision on the Hinkley Point C proposals on Wednesday this week, the Stop Hinkley Campaign has released a new briefing on the huge impact the Somerset reactors would have on the UK’s radioactive waste stockpile.

The proposed Hinkley Point C nuclear power station would produce radioactive wastes and spent fuel with a radioactivity inventory equal to roughly 80% of the radioactivity in all of the UK’s existing radioactive wastes put together. As the UK Government eagerly awaits a final investment decision on possibly the most expensive infrastructure project in UK history, Ministers are misleading the public on how much nuclear waste it will create.

The Stop Hinkley Campaign has today published a briefing, using Radioactive Waste Management (RWM) Ltd figures, which shows what the real situation is.

“Stop Hinkley representatives were amazed recently to hear Energy minister Andrea Leadsom claim that new nuclear reactors would produce much less waste than existing reactors. (1) She must have been referring to waste volume which is not a useful way to measure these wastes. What we need to know is how radioactive they are. And we can see from RWM Ltd’s own figures that Hinkley Point C alone will produce the equivalent of 80% of the waste existing reactors have produced. The UK’s proposed new reactors will altogether increase the UK waste inventory in terms of radioactivity four-fold. And if the industry ever finds a site to put this dangerous waste deep underground the amount of space required underground will almost triple.”

Pumfrey goes on to say that:

“It would be morally reprehensible and totally irresponsible to go ahead with building new reactors when we still have no idea what we are going to do with the waste we have already created let alone the waste from Hinkley Point C.”

According to some press reports (2) a final investment decision on Hinkley Point C could be made at an EDF Board meeting on Wednesday this week. Roy Pumfrey said:

“It sounds like some of the EDF Board is in a “panic” over the viability of the Hinkley Point C proposals. (3) Clearly the only sensible investment decision would be “No“. EDF has said all along it will learn from its past mistakes building other reactors. Clearly the mistake it made with Flamanville in Normandy was ever to start the reactor in the first place.”