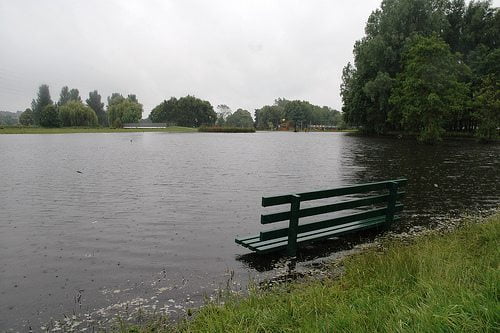 Former environment minister Lord Rooker has said that planting more trees in the UK could prevent floods, as their roots would help trap excess water.

He said that rewilding parts of Britain by converting pastures would slow flooding, which is becoming more frequent and destructive across the country.

Rooker said that forests could play a crucial role in trapping water, while less attention should be placed on aesthetic of the countryside.

“We pay the farmers to grub up the trees and hedges; we pay them to plant the hills with pretty grass and sheep to maintain the chocolate box image, and then wonder why we’ve got floods”, he said.

The idea to reintroduce forests, especially near rivers, to contain water flows has been suggested by many parties, including the Environment Agency and the Chartered Institution of Water and Environmental Management (CIWEM). It is being considered by the environment secretary Owen Paterson.

Rooker said he got the idea from an article by environmental journalist George Monbiot, who accused the government of subsidising farmers to keep animals on land that had to be cleared of unwanted vegetation – otherwise they wouldn’t have the money.

This was despite evidence showing that soil around woodlands acted as sponges to contain water.

“Instead of a steady flow sustained around the year by trees in the hills, by sensitive farming methods, by rivers which are allowed to find their own course and their own level, to filter and hold back their waters through bends and braiding and obstructions, we get a cycle of flood and drought”, Monbiot wrote.

“We get filthy water and empty aquifers and huge insurance premiums and ruined carpets. And all of it at public expense.”

Severe floods have hit the UK between Christmas and early January, causing major disruptions and power cuts. The government has been criticised for budget cuts at the Environment Agency and for lack of appropriate flood defences.