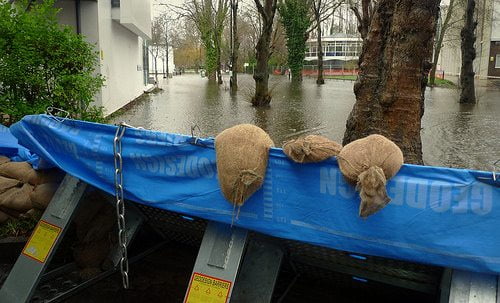 Heavy rain may bring flooding to parts of the UK over the next few days, with Lincolnshire, South Yorkshire and the Humber particularly at risk, forecasters have warned.

The Met Office has issued yellow warnings for rain in the East Midlands, east of England and Yorkshire and the Humber on Tuesday, meaning that people must be aware of the potential for disruption.

The alert says that localised flooding may particularly cause disruption for people intending to travel. As much as 40mm of rain is expected in some areas in just 24 hours.

The Environment Agency has also warned of the flood risk in the east, advising that the rising waters could cause some damage to property.

“Pretty much the whole of Great Britain will see rain at some point over the next 48 hours”, said Meteo Group forecaster Gareth Harvey.

“This means there could be some localised flooding.”

These new warnings follow on from the wettest British winter since records began. Prolonged storms and heavy rainfall battered many parts of the UK from the Christmas period and into February, with many areas heavily flooded for weeks or even months.

The crisis drew attention to the UK’s vulnerability to the elements. One study published in February ranked Britain as being the seventh most exposed nation to economic disruption caused by flooding.

It has been suggested that economic losses caused by flooding in Europe could even increase four-fold by 2050, as the growing risk of extreme weather brought on by climate change combined with increased development puts more properties and businesses at risk.

During the winter floods, some experts cautiously suggested that climate change was a factor in the severity of the storms that battered the country.

The majority said that is was not possible to link individual weather incidents to the long-term warming trend, saying only that it was likely such weather patterns would become more familiar as the planet heated up.