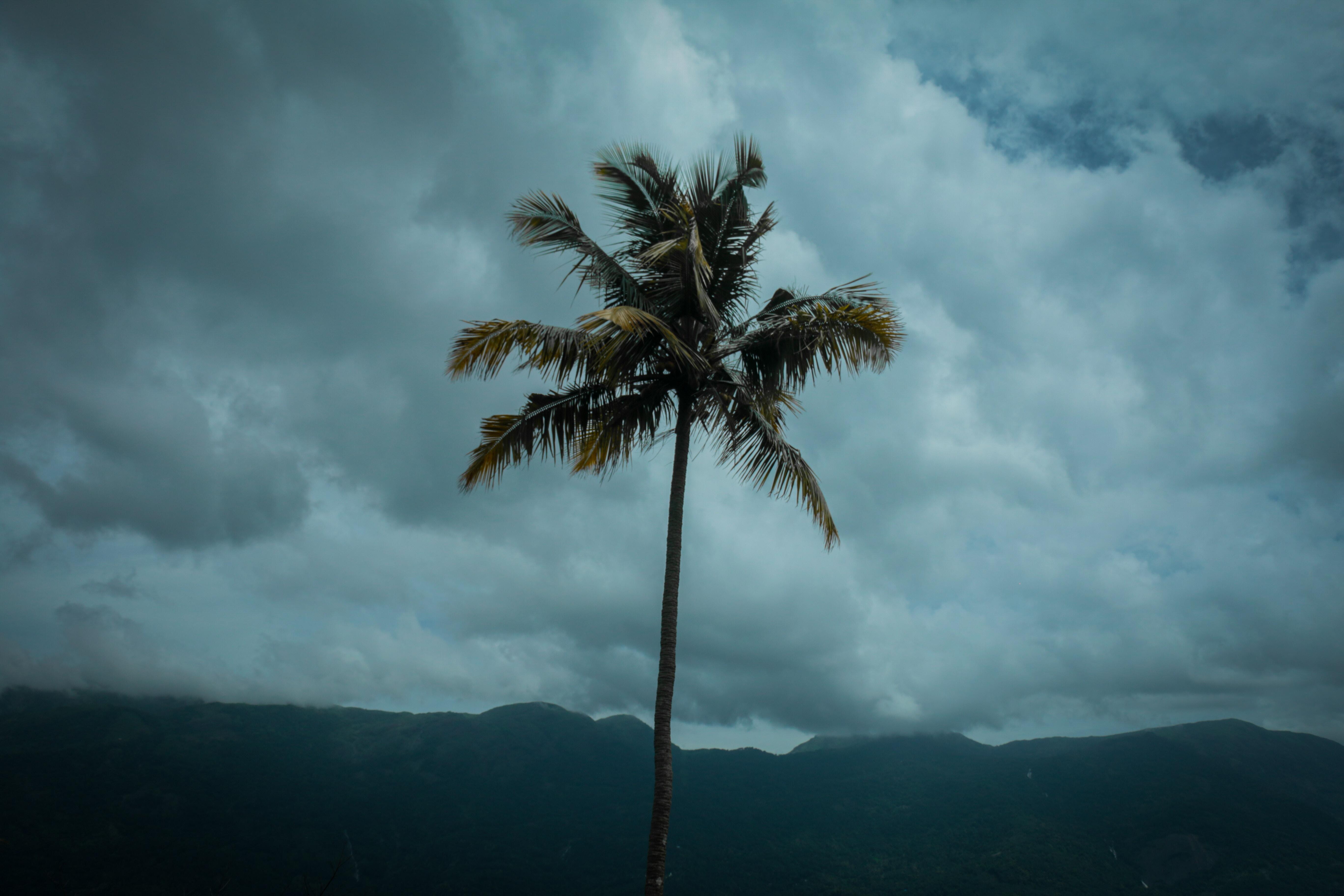 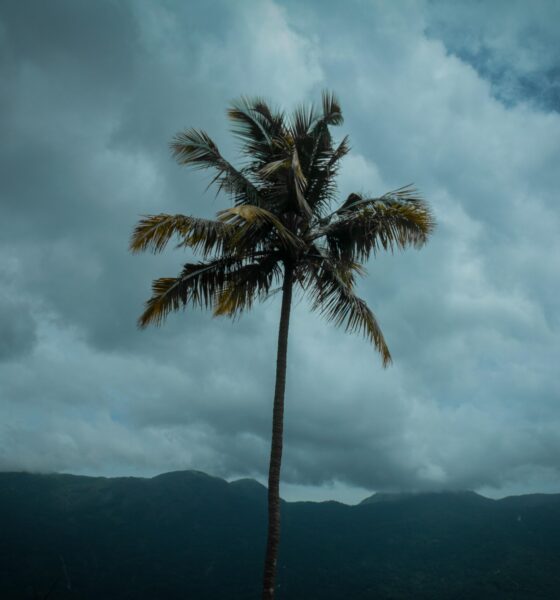 In 2017, one of the most intense Atlantic hurricanes on record hit the Caribbean. Hurricane Maria devastated the region and wreaked havoc across a number of island nations. Coming just days after Hurricane Irma, an estimated 4,600 people lost their lives in the Category 5 storm, while mass damage was caused to buildings throughout the Caribbean, totaling $91.61 billion in losses. Puerto Rico was by far the most affected island, while Dominica and the US Virgin Islands were also heavily hit.

This has raised some very serious concerns about the need for greater environmental policies in the Carribean. Are experts doing enough?

As we pass the one-year mark since this catastrophic event, we take a look at how three of the territories most affected by the hurricane and take a look at their recovery efforts, as well as what they are doing to prepare for future storms.

While hurricanes typically hit Puerto Rico every three years or so, few have been as catastrophic as Maria. The hurricane left most of the island’s 3.4 million residents without electricity and water, destroyed the homes of thousands and caused widespread telecommunications failure across the island. Some of the most important infrastructure was damaged beyond repair, with around 60,000 homes still using temporary roofs and hundreds of schools still closed. The recovery has been slow and dogged by controversy in relation to America’s slow aid response, yet there are still some signs of hope.

In August, the Puerto Rico Electric Power Authority stated that power had finally been fully restored to its customers. The authority spent around $3.2 billion on erecting roughly 52,000 new electrical poles and stringing 6,000 miles of wire in order to restore power. Another encouraging form of recovery can be seen with the island’s agricultural industry. Around 80% of Puerto Rico’s crops were destroyed by the disaster, leading many farmers to retire or leave the island entirely. However, because of the recent boom in sustainable farming, which emerged in response to the island’s 2006 economic collapse, many farms have been able to recover quickly. Industrial farms rely on imports like agrochemicals and animal feed, which were temporarily unavailable after the hurricane, but sustainable farms were prepared. Rather than relying on pesticides, they use crops like amaranth to distract insects. This allowed them to resume food production much faster than their industrial counterparts.

The island is also much better placed to deal with future hurricanes. In preparation for this year’s hurricane season, the Federal Emergency Management Agency has greatly enhanced its ability to respond to any disasters. For example, it has stocked its warehouses with food and medical supplies, has dozens of recovery centers open throughout the island and around 3,000 FEMA employees primed to respond if another hurricane hits. FEMA’s Emergency Operations Center has also undertaken crisis simulation drills to better prepare them for future catastrophes.

Dominica was another Caribbean island hit hard by Hurricane Maria. 160 mile-per-hour winds damaged or destroyed the roofs of around 90% of buildings, and landlines, bridges and some of the island’s oldest and strongest trees were all toppled, leaving the nation in disarray. However, Dominica has shown resilience in the wake of the hurricane, and has successfully begun to turn things around.

Prior to Hurricane Maria, Dominica had a growing reputation as one the world’s best unspoiled destinations to visit. Yet, with 2017’s natural disaster destroying 40% of the island’s hotel rooms, the tourism industry was temporarily in tatters. Thankfully, plenty of progress has since been made in restoring Dominica’s tourism infrastructure, with the majority of Dominica’s hotels now open again, and some of the island’s most renowned hotels scheduled to reopen in the not too distant future. For instance, The Fort Young Hotel is set to reopen in October 2018 after being partially reopened in February, Secret Bay is slated to welcome back eager guests on November 1st, 2018.

The hurricane has also done little to halt the progress of several. For example, phase 1 of the eco-hotel Jungle Bay should be completed by February, while he island’s first 5-star hotel, Kempinski Resort, will also be ready in the first quarter of 2019. Both are funded by the island’s thriving citizenship by investment programme, where investors have further helped revive the tourism sector after Maria, while gaining Dominican citizenship in return.

The island has also hugely benefited from its voluntourism scheme. This involves special holiday packages where tourists help clean up the island during their visit. Sites like the Indian River and the Waitukubuli National Trail are now benefiting from this scheme, with voluntourists helping to clear debris and overhang from the forest caused by the hurricane.

In terms of the protecting the island in the future, Dominica has committed to becoming the world’s first full climate-resilient nation. Through this, the Skerrit government will replace damaged buildings and bridges with hurricane-resistant alternatives, building steeper roof angles to better withstand wind, and using more durable materials to strengthen house frames are just some of the ways this will be achieved. By pledging this groundbreaking move, it is hoped that the island will never have to go through such struggles again. Moreover, the country invests in geothermal energy and has recently introduced a comprehensive plastic ban, which earned it widespread praise. The endemic Sisserou parrot, only found in Dominica and the small island’s national symbol, is said to have halved in numbers following Hurricane Maria. This means that now there are only around 200 in the whole world. As the only home of the imperial amazon parrot, Dominica continues its efforts in collecting funds in a quest to rehabilitate the island for the sake of all its inhabitants.

After the one-two punch of Hurricanes Irma and Maria, the US Virgin Islands were another territory devastated by the natural disaster. Around 18,500 homes and businesses were damaged or destroyed, nearly three quarters of its residents were left without electricity two months later and around a third had to apply for assistance from FEMA. But like Puerto Rico and Dominica, signs of recovery can be seen.

Despite the monumental damage, the US Virgin Islands have now almost entirely reopened for business. With power completely restored, accommodation, airports and attractions are now increasingly functional. The accommodation sector has reached a 50% restoration level, with the other two Virgin Islands—St. Thomas and St. John—at 40% and 45% capacity respectively. St. Croix’s hospitality industry is recovering the fastest out of the three islands. Major hotels like St Croix’s Inn at Salt River or The Fred have reopened, and The Renaissance St. Croix Carambola Beach Resort & Spa should be ready by 2019.

Other steps forward include the construction of temporary school structures as part of the FEMA Public Assistance program, and the US Virgin Islands’ own voluntourism programme helping with tasks like pulling debris out of the sea and cleaning buildings.

As restoration work continues, preparations are also underway to deal with future extreme weather. Beverly Nicholson-Doty, commissioner of tourism for the US Virgin Islands, told TPG that hundreds of millions of dollars will be invested to make the islands’ electrical system more resilient. This includes burying power lines throughout the territory, as well as investing in a micro-grid system to provide renewable generation capacity.

Despite Hurricane Maria being one of the most traumatic natural disasters in the Caribbean’s history, one year on the picture is looking much brighter for the islands afflicted. With a concentrated effort to?

What Environmental Policies will the Caribbean Enact?

There are a lot of great reasons to promote environmentalism. The Caribbean shows the most significant. Global warming is causing massive problems with the weather. This is causing record hurricanes, which are devastating large parts of the tropical climate.