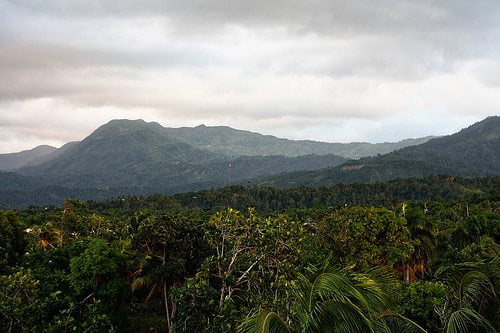 The poorest country in the western hemisphere, Haiti, is still trying to recover following a devastating earthquake in 2010. Extinction in Progress examines another disastrous issue the country faces – degradation of its natural resources.

The film states that overpopulation, unsustainable agriculture and an ever-growing need for cheap energy sources are causing the rapid disappearance of Haiti’s forest and wildlife. The once rich biodiversity of the country has been badly affects by logging in tropical forests, with natural forests now covering less than 2% of Haiti.

As a result of these practices, a number of species found in Haiti are now considered to be endangered. In order to assess the full impact and measure the current state of biodiversity within the country, Extinction in Progress follows a team of scientists as they travel to where the natural forests remain.

Over a three-year period the documentary follows the team discovering almost 50 new species and rediscovering species thought to be lost decades ago.

Extinction in Progress in a stark reminder of the damage human populations causes to the natural environment and the impact of growth and development if placed ahead of the nature. However, the film does offer some hope as they rediscover species, suggesting that if the world can act decisively then species can be saved.