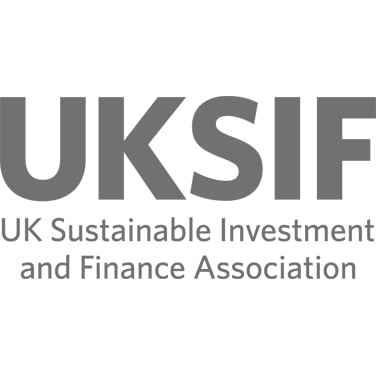 Responsible investment bodies: what is UKSIF?

The UK Sustainable Investment and Finance Association, commonly referred to as UKSIF, is the membership network for sustainable and responsible financial services.

Its job is to promote responsible investment and similar forms of finance that “support sustainable economic development, enhance quality of life and safeguard the environment”.

Launched in 1991, initially as the UK Social Investment Forum – seven years after the UK’s first retail ethical fund (the Friends Provident Stewardship Fund) became available – it changed its name to its current title in 2009.

It publishes reports, provides guidance to government and is a staunch campaigner for all aspects of sustainable finance. It also works closely with its European and American cousins.

In order to spread the word out to a wider audience, it set up the world’s first National Ethical Investment Week in 2008 – giving those in the industry a chance to create real discussion about the green and ethical finance and investment options on the market.

This year will be the event’s sixth instalment, after 2012 proved to be another roaring success.

Since its foundation, UKSIF has overseen significant growth of the UK’s green and ethical fund market. In its beginnings 22 years ago, just £318m was invested in socially responsible funds. In 1996, this figure passed the £1 billion mark and in 2004, the £5 billion mark. Today, it’s at almost £11 billion.

But the overall picture is even rosier. UKSIF estimates that as of 2012, some £1.24 trillion of assets are invested in responsible strategies across the UK.

Current UKSIF chief executive Penny Shepherd was awarded an MBE in 2000 for “services to sustainable economic development and socially responsible investment”. It was announced recently that Shepherd would be stepping down from her role this year, prompting UKSIF to begin the search for her replacement.

On March 12 this year, the organisation is hosting Ownership Day – an event that aims to highlight “the importance of ownership as a general investment management practice to protect the value of assets“.