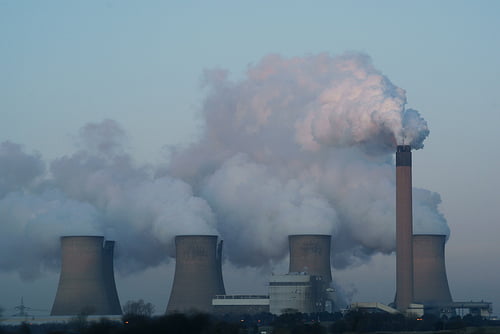 A Greenpeace report has slammed the investment trends of the UK’s ‘big six’ energy providers, saying that there is not enough emphasis on clean power.

The research, which was written by Bloomberg and released in the form of a report called UK Big 6 Utility Investment Trends, found that £13 billion has been put towards new electricity generating infrastructure by the ‘big six’ since 2006, but over half has gone towards new gas plants.

This trend echoes an allegiance to gas voiced by George Osborne in his budget statement last month, who said, “Gas is cheap, has much less carbon than coal and will be the largest single source of our electricity in the coming years”.

However, back in December, the Committee on Climate Change cited gas as the very reason why consumer energy bills had risen so dramatically, and that renewable energy wasn’t to blame.

Last month, research by Friends of the Earth predicted that the number of gas-fired power stations was in fact going to double, further cementing the Government’s “dash for gas” as the solution to our rising energy needs.

John Sauven, executive director of Greenpeace, said, “This new analysis shows that little money has been spent to get energy prices under control or to secure a clean energy supply for the UK.

“Instead they’ve been investing heavily in gas plants that are likely to drive up household bills, increase our trade deficit, and undermine David Cameron’s carbon reduction plan.”

The worst culprit out of the six providers, according to Greenpeace, was Centrica (trading in the UK as British Gas), which had invested “very little” in any kind of energy infrastructure.

“Instead”, Sauven said, “[it] have just lined [its] own pockets.

“It’s this kind of short-termism that the Government is going to have to tackle in the autumn when the expected Energy Bill appears.”

EDF Energy and E.ON had similarly both displayed a significant lack of investment initiative, whilst the remaining three—Npower, SSE and in particular, Scottish Power—had performed reasonably better, and contributed £9.7 billion to the total.

Ed Gill, head of external affairs at Good Energy, the UK’s only 100% renewable electricity supplier, told Blue & Green Tomorrow: “What’s clear from the report is that it is new market entrants who are going to do much of the heavy lifting required to meet our renewables targets; the big six simply aren’t up to the job.

“The planned feed-in tariff Contract for Difference is a very poor instrument for attracting those investors, because it’s so complex and inaccessible.

“It might be fine in theory, but it just leaves too many people scratching their heads, including those inside DECC (Department for Energy and Climate Change).

“It’s high time the Government ditched the policy and went for a simpler, more straightforward solution instead.”

Perhaps the most disturbing fact that comes out of Greenpeace’s report is that small solar PV owners in the UK, including households, are jointly responsible for owning more renewable energy infrastructure than any of the ‘big six’ companies, which despite having a 70% total generation share, only produce 47% of renewables.

The real message that emerges from the study, though, is the need for a more varied and forward thinking energy sector.

That’s why companies like Good Energy are so important to the future of the UK’s economy: because they, and many other clean energy-centred providers, are actively promoting renewably sourced power not only for the good of the planet, but for the good of its people and prosperity.

Our recent in-depth report, The Rise of Renewable Energy, explains in more detail about the importance of a wide scale shift to renewables.