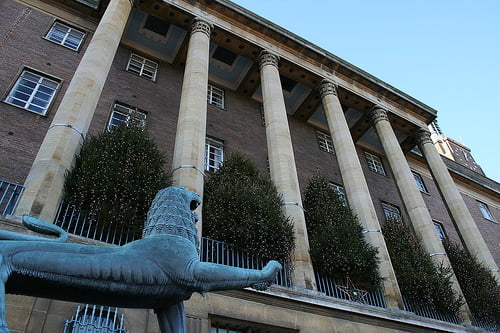 Norwich City Council has revealed that it is on the verge of using 100% clean energy to power its buildings, claiming that it could achieve the ambitious feat by October.

Energy for the City Hall is already wholly sourced from renewables such as wind, biomass and hydroelectric, while the remaining buildings and car parks around the city are expected to follow suit within the next two months.

“They broker energy rather than provide it directly themselves. Our contract is for them to provide us with 100% renewable energy, which will include provision from a range of sources including biomass, wind and hydro.

“We spend around £700,000 a year on energy for all our buildings, including a cost of ensuring it is from renewable sources of approximately £10,000.”

Despite this rather costly energy bill, the council claims a switch to renewables has knocked off half a million pounds over the last four years – roughly £125,000 annually.

But the encouraging plans to come out of Norwich City Council have been met with slight cynicism from the city’s Green Party, whose leader, Claire Stephenson, said, “To say it’s all coming from renewable energy makes it sound like they have got solar panels and wind turbines on or near their buildings.

“There’s a difference between that and getting it through a renewable energy supplier.”

Regardless of where the council buildings derive their renewable energy from, the fact is, the city council is taking enormous strides forward by pledging to become 100% renewable.

As leaders of the city’s policies, it’s a hugely welcome step and ought to encourage businesses and individuals alike to also make the leap.

In recent times, the city might be best associated with the likes of Alan Partridge. But one thing is for sure – there’s nothing funny about the make-up of the council’s own energy bills; just inspiring, progressive and timely.