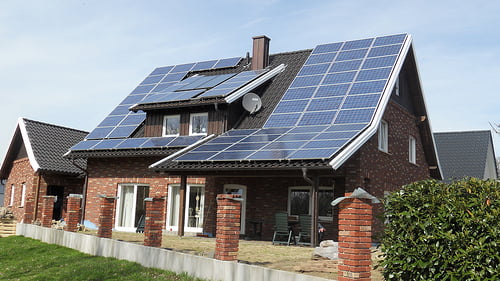 Some 650 megawatts (MW) of new solar capacity was installed in Germany in January and February – almost double the amount during the same period in 2011.

The encouraging news comes despite governmental plans to cut subsidies for the technology, after the number of installations had meant the country’s renewable energy targets had been exceeded.

The 650MW of solar power installed in the two-month period dwarfs the 366MW installed a year earlier, and adds to the country’s already record surge in the sector witnessed in 2011.

Back in December, Blue & Green Tomorrow recommended that the UK should follow Germany’s lead in renewable energy and, indeed, the Department of Energy and Climate Change held a consultation specifically aimed at moulding the UK’s feed-in tariff scheme on the German system.

However, the fact that the country’s incentives for solar have taken a considerable battering from the government more recently will obviously raise questions about whether they are in fact the best role models for the UK, which has already had its fair share of controversy with the feed-in tariff.

The solar industry really does seem to be setting a new trend of suffering at the hands of its own success and advances.

In related solar news, Natcore Technology and the National Renewable Energy Lab have collectively come up with what they call the “blackest” solar cell, which allegedly absorbs 99.7% of all light that falls upon it, compared with 95% for conventional panels.

Solar still offers the most cost effective and realistic option for personally investing in renewable energy. Installation costs are falling and efficiency is increasing; it may well be a good time to take advantage of a lull in the market.

Alternatively, for UK readers wishing to support the renewable energy market indirectly and most likely with no impact on energy bills, we recommend Good Energy – the UK’s only 100% renewable electricity supplier.