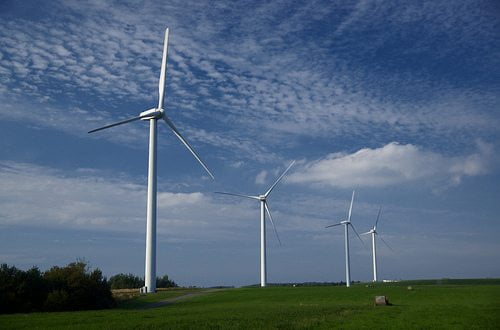 With MPs set to vote on Tuesday over whether a decarbonisation target should be included in the energy bill, figures from Bloomberg have revealed that investment in clean energy has fallen from £7.2 billion in 2009 to an expected £1.9 billion this year.

Critics and campaigners have attributed this drop to the government’s infighting over its renewables policies, particularly regarding onshore wind and solar PV.

Conservative MP and energy committee chairman Tim Yeo, along with Labour’s Barry Gardiner, tabled an amendment to the energy bill so that it included a concrete target for 2030 decarbonisation. But energy secretary Ed Davey said that such a target should be considered in 2016, after the general election.

A May report by the government’s official climate change advisers, the Committee on Climate Change (CCC), highlighted the benefits of low-carbon technologies for the energy market. It said that renewables could save consumers £25-45 billion – around £1,600 per household.

The CCC recommended that the energy bill should take into account the reduction of carbon intensity of power generation from current levels of 500 grams of carbon dioxide per kilowatt hour (gCO2/kWh) to around 50 gCO2/kWh in 2030.

Angela Knight, chief executive of Energy UK, commented on the report by saying that the government needs a clear energy strategy  “to provide investors with the certainty they need to commit long-term finance to major projects and developments, and allow investment in energy infrastructure to play its key role in helping the regrowth of the UK economy”.

In opposition to this latest data over green investment, previous figures from Bloomberg released in April suggested that investment in renewables was set to triple by 2030, suggesting that much will depend on the result of Tuesday’s vote.