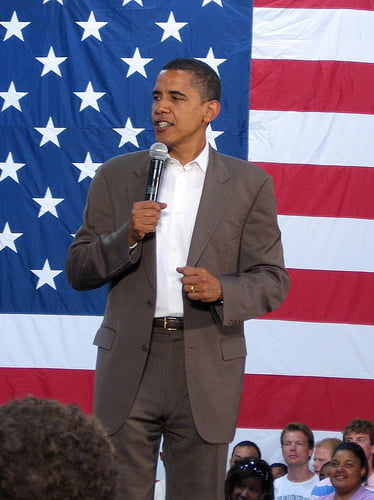 After a campaign that was noticeably silent on climate change issues, re-elected US president Barack Obama is presented with a unique opportunity to provide strong leadership in the face of environmental degradation.

The green sector will have breathed a sigh of relief when it became apparent that Barack Obama was set to win a second term in office in the early hours of this morning.

Much was talked about the so-called ‘climate silence’ displayed by the president and his Republican opponent Mitt Romney during their campaigning, but now that Obama has secured his place in the White House for another four years, it’s hoped that his climate change promises will be met in some capacity.

Despite the lack of attention given to the issue, the sigh of relief from the science and environment community will mainly be because of Romney’s stance on climate change.

The former governor of Massachusetts has questioned climate science on a number of occasions. “President Obama promised to slow the rise of the oceans and to heal the planet”, he said during one campaign speech. “My promise is to help you and your family.”

His ridiculing of such a serious issue led many to fear what a Republican tenure might look like for climate issues, while his and his running mate Paul Ryan’s failure to accept the overwhelming scientific consensus is frankly deplorable.

Obama, by contrast, although similarly silent on climate during his campaign, does accept the science. Indeed, in his victory speech in Chicago, he said, “We want our children to live in an America that isn’t burdened by debt, that isn’t weakened up by inequality, that isn’t threatened by the destructive power of a warming planet.”

The president now has a unique opportunity. He needs to act strongly and quickly on climate change – encouraging innovation in the US clean energy industry and taking steps to curb the country’s emissions, with some suggesting that a carbon tax is the way to go.

On the environment page of his website, he makes all the right noises. He talks about “investing in clean, American-made energy” and “preserving our national treasures for future generations”. Romney’s, meanwhile, has no mention of neither “clean” nor “renewable” energy.