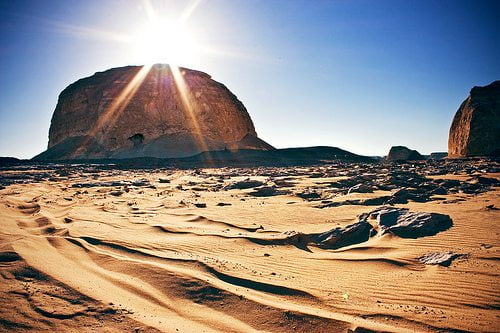 An international co-operation initiative to build solar farms in north African deserts has suffered a major setback, after the Desertec Foundation announced its intention to leave the industrial consortium Dii GmbH.

The two separate organisations, Dii GmbH and the Desertec Foundation, will part company after the foundation said in a statement that the step comes “as a result of many irresolvable disputes between the two entities in the area of future strategies, obligations and their communication”.

Thiemo Gropp, Desertec Foundation director said that the move was necessary but didn’t rule out future co-operation between the two.

Desertec’s idea was labelled by the Economist as “audacious if fanciful” when unveiled in 2009. The plans initially received the backing of 35 supporting partners, but this figure now stands at 18. In May, German broadcaster Deutsche Welle said the project was unlikely to happen.

Gropp acknowledged the contributions made by Dii, saying, “The employees of Dii have contributed enormously to the global transition towards renewable energy.” He insisted that the Desertec Foundation must remain completely impartial.

Grown from a network of scientists, politicians, economists and private individuals, the Desertec Foundation aims to “promote the establishment of the framework conditions necessary for a global transition to renewable energy”.

Supporters of the initiative include Deutsche Bank, RWE and Munich RE.