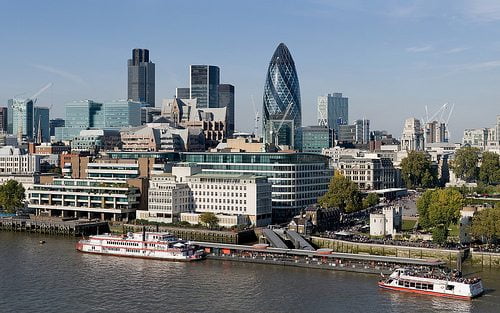 Sustainability should be the focus of the EU’s €300 billion (£210bn) investment plan, according to a report from WWF that sets out a five-step plan. The paper argues that the gains from investing sustainably could boost economies and generate further savings.

For example, the report – From crisis to opportunity: five steps to sustainable European economies – notes that between 2002 and 2013 damage from flooding cost at least €150 billion (£105bn), while air pollution costs the EU around €537 billion (£376bn) every year.

The report references more than 400 studies and reports and concludes that sustainable economies can bring “huge benefits” worth more than the EU investment plan and provide 20 million jobs by the end of the decade by using less resources and energy, fixing market failure and protecting nature.

Sébastian Godinot, WWF economist and author of the report, said, “Instead of the short-term ‘grow dirty and clean up later’ flawed narrative, president Juncker and EU leaders should look at the real symptoms of our troubled economies: diminishing natural resources and markets failing to take this into account. It’s simple: no economy can develop without natural resources.“

The five-step plan set out by the environmental organisation includes designing an ambitious framework for climate and energy by 2030 to put the bloc on a “stable and secure” path towards mid-century targets.

One of the priorities highlighted in the report is building a supportive fiscal and financial framework, arguing such a move is needed to mobilise financial support for sustainable economic activities and disincentive the support of harmful activities. It calls for the elimination of environmentally harmful subsidies, an environmental tax reform and refocusing public finance on sustainable economies.

In the report, Janez Potocnik, UNEP co-chair of the International Resource Panel, comments, “The current crisis is a unique opportunity to shift towards a new sustainable economic paradigm. However, economic stagnations and instability in many parts of the world, including in the EU, has sometimes strengthened resistance to environmental policies which some perceive to be holding back recovery. A business as usual recovery will only foster the next crisis – an environmental one.”

He added that transitioning to sustainable economies was not only essential for surviving in some regions but would maintain the conditions for humanity to thrive and that the EU s ideally placed to lead the transformation.