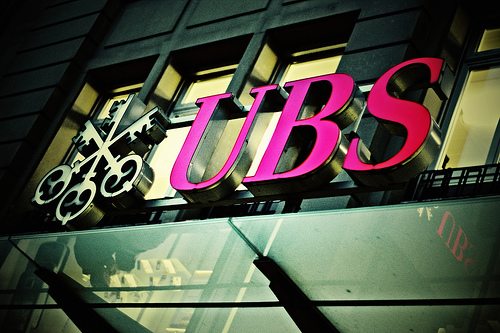 The Swiss bank UBS is facing £350m in fines for rigging the foreign exchange rate in a fresh wave of penalties against multinational banks expected by the US Justice Department.

The bank has already had fines imposed for forex rigging by regulators in both the US and the UK, but it is facing fresh penalties after bank officials admitted wrongdoing in fixing Libor.

This new announcement means that it is likely US and UK regulators are expected to levy a wave of fresh penalties on multinational banks totalling around $5bn.

In a statement, UBS said it had settled the matter with US authorities and has made provisions to pay the fines, admitting that it had “engaged in unsafe and unsound business practices”.

It said, “The bank continues to cooperate with ongoing investigations by other authorities in this industry-wide matter, which include investigations of individuals.”

As a result of today’s resolutions, UBS has not been criminally charged for [foreign exchange] conduct. The DOJ will also not file any charges concerning its investigations into the firm’s… [foreign exchange]-related structured products and its precious metals business.”

It is anticipated that fresh penalties will also be laid before Barclays and the British-taxpayer owned Royal Bank of Scotland (RBS) as early as Wednesday.